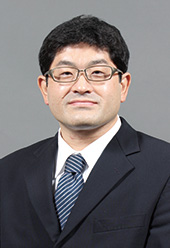 Today, with the advance of computerization, information equipment and technology are being utilized as usual in daily life. A convenient society which can easily access abundant information is being formed. For example, if you use a browser on your smartphone, you can instantly access information on the web around the world. If you've ever shopped online, you've probably seen a suggested product. Or if you are browsing the Internet, a list of people you might know on social networking sites automatically pop up in front of you. You may also have seen several news stories about computers writing novels, or computers winning the world Go championship, or computers starting to do things like humans in areas that require creativity. It can be said that these are examples in which data science technology such as data mining using artificial intelligence technology is widely utilized.

Now, in the field of astronomy, which I specialize in, we often deal with large amounts of observational data. For example, there is a movement to use such big data to predict (space weather forecast) and the state of space near the earth. The importance of space weather forecasts has been receiving considerable attention in recent years, as there have been many cases in the past where solar activity caused power outages in a wide area on the ground and had a major impact on the business world. Again, utilization of data science technology is important here, and statistics is the basis of such understanding.

We hope that all of you who have been admitted to our college will study hard. We also hope that you will actively utilize the skills you have acquired and develop your business with the use of IT in mind.