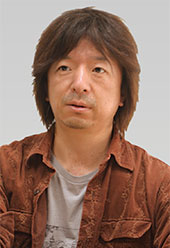 It is said that mankind has experienced three revolutions in the past. The first revolution is the agricultural revolution. Humans, who had been forced to move because of their reliance on hunting, began to settle down, and as society and nation were formed, the gap between rich and poor was created. It can be said that with the development of the economy, it became a factor that led to war.

The second revolution is the Industrial Revolution. Power was invented and mass production and mass consumption occurred. It spurred trade and caused a "population explosion" by bringing wealth to a wide area. The population increased at an accelerated pace after the revolution.

The third revolution is the information revolution brought about by the true value of IT represented by the Internet. Before the Internet, information sources were limited and exclusive to media such as newspapers, TV and radio stations, and publishers. When media transmits information, large costs for things like equipment and manpower are involved. In addition, the amount of information at that time was small, and moreover, it was one-way traffic. But the advent of the Internet brought about this revolution. The way we transmit information has changed greatly.

Today, Internet tools are so familiar that they are in your hand, on your desk, and in your pocket. All information that can be digitized, such as news, movies, and music, and can be easily transmitted and stored over the Internet. It has made our life and work very convenient, enjoyable, and comfortable by being able to instantly call up and check my favorite video and broadcast media. In addition, this information includes information about yourself, such as small news, and it can be sent to the world easily and instantaneously by anyone using Facebook, Twitter, or blogs.

However, I believe that the changes caused by this information revolution is just the beginning. The agricultural and industrial revolution brought about major changes in human life. The changes brought about by the information revolution have not yet reached that level. It's just a transitional period, and it's going to be the beginning of real change. In 20 to 30 years, people's lives and the world will be changed dramatically. But we don't know what kind of change it will be. How to change is left to us and to the young people who will lead the next generation. The frontier is an infinitely large area, and the students' prospects are boundless. I would like you to study with that in mind.