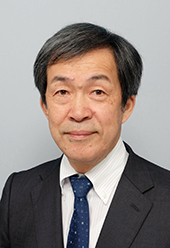 In natural science, experimental means together with deep insights into the laws governing nature play a major role in understanding nature. However, in my field of astrophysics, there are many phenomena that are impossible to conduct experiments. Therefore, numerical simulations are often used. For example, equations that determine the structure of a star have been known since the 19th century, but it was in the 1960s when computers became available that the internal structure could be accurately solved, and its evolution understood.

Computers were originally calculators, but the change in the amount of calculation brought about a change in quality, and in the world of science and technology and research methods changed completely.

Computers have also come to be used as a tool to facilitate trial and error, as a tool to assist creation in the field of design and art, and as a means of expression itself. Now that computers are everywhere, I hope they can be used as a tool to stimulate the imagination and support people's creative activities. Why don't you think about how to use it to enrich people's lives?