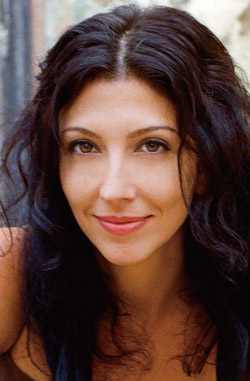 A singer-songwriter born in Montreal, Canada, who has fascinated audiences all over the world with his multilingual skills. She is one of the three main vocalists of "Cirque du Soleil" an entertainment group that performs circuses and musicals in various countries. Among them, she was the only one whose lyrics and music were chosen for the Cirque du Soleil show, and she can be said to be the de facto top singer in the group. She does not belong to any record company label, and performs songs and songwriting and also does graphic design, promotion, and sales.

Use IT to create cutting-edge stage shows

The art world and IT are closely connected.When creative vision meets fantastic technology, the audience is drawn into another dimension. So it’s only natural that I’m involved with an educational institution that’s not only on the frontline of cutting-edge technology, but also offers an environment where students can acquire knowledge in the broad field of computers, as it evolves with creativity at an astonishing pace.

In the entertainment industry, IT permeates every aspect of our business. Whether it is using computers to record and edit music, dub movies and commercials, or the diverse training and multimedia of Cirque du Soleil, highly specialized technology and keen creativity of the team of artists and technologists are required for any of the performances I give.

This collaboration between the arts and technology is the synergistic cooperative element that is needed to produce video and audio concerts.

KCGI offers students the opportunity to gain the tools they need to polish the artistic and technical knowledge they need to apply to the many aspects of the business world. Projection mapping, the quintessential technology of the evolution of art expression, has created demand for positions for information processing technicians involved in the arts, and has allow for creative expression that far exceeds the expectations of audiences. KCGI is at the forefront of learning in this field, and provides an educational environment that pushes students to go beyond their potential.

A lecture by Prof. Nitza Melas 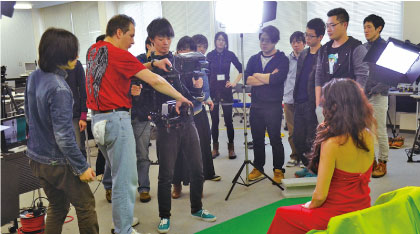 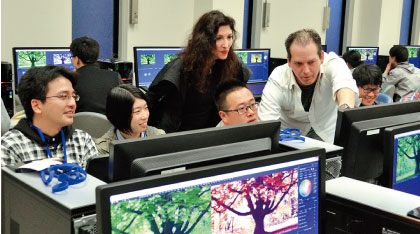 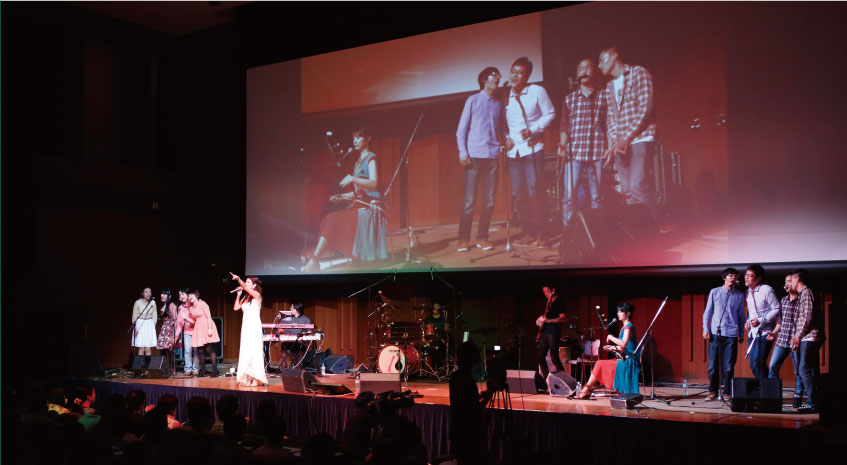 Performing arts supported by the latest IT

The KCG Group prepares courses related to Performing Arts IT and trains human resources who are active in related industries. One of the culminations of these efforts was the "MU ΣA" concert held at the auditorium of our Kyoto Ekimae Campus on October 10, 2014.

"MU ΣA" is the title of the CD album commemorating the 50th year anniversary of the establishment of the KCG Group. The concert was held to commemorate the release of the songs featured in the album and the start of operation of the Top-Level Domain ". Kyoto", a geographical name managed and operated by The Kyoto College of Graduate Studies for Informatics (registry). Professor Nitza Melas, the main vocalist of the entertainment group "Cirque du Soleil", performed a song, and students played a central role in planning and staging the concert, thereby realizing the creation of stage art through IT. On this day, many guests came from outside our school, and they seemed to enjoy Professor Nitza's clear singing voice and the youthful taste of the students’ production.

The students held repeated meetings with Professor Nitza. They selected two songs from the "MU ΣA", translated the lyrics, discussed the images and created the story, and directed, filmed, performed, made the stage and props, and edited it all by themselves. During the concert, a representative of the students presented episodes explaining the production process. In the finale, a chorus group of students joined, and the concert reached its climax. In addition, the 'MU ΣA LIVE SHOW' held in January 2016 captivated visitors with dynamic performances that showed images throughout the hall. 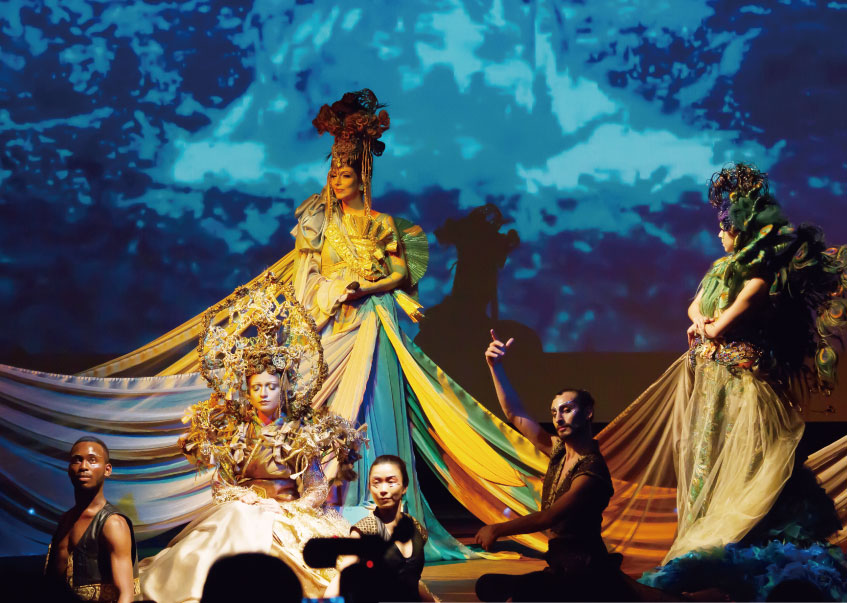 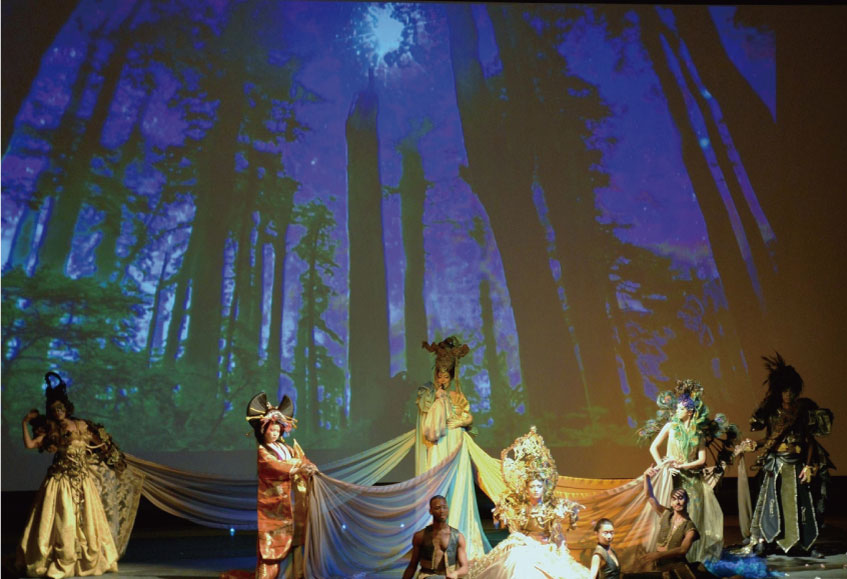 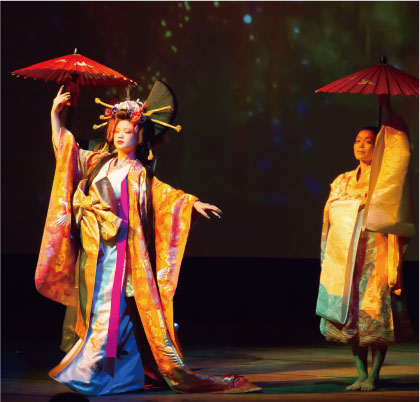 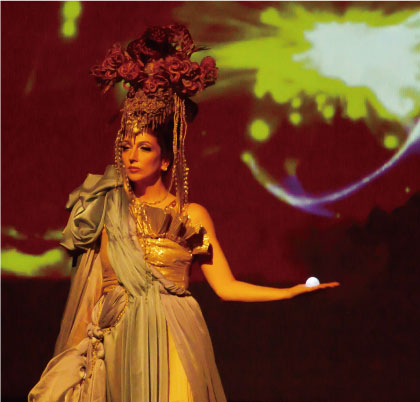