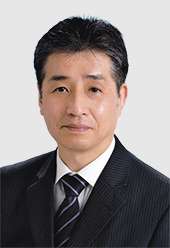 If you want to know about artificial intelligence, start with mathematics.

When I was a student in the 1980s, the second AI boom was in full swing.At that time, rule-based systems using Lisp and Prolog, called expert systems, were the mainstream. Actually, research on neural networks, which led to today's deep learning, had existed since that time, but it was rather on the sidelines.The second AI boom quickly died down with the common understanding that complex problems in the world could not be solved with a rule-based approach. Therefore, the 30 years that I was in the workforce coincided with the "AI winter" period.

However, in the last few years, the third AI boom has arrived. This time, artificial intelligence is producing new results one after another that were not possible before, and it is clear that this is not just a boom.More surprisingly, " Neural Networks," which were in the sidelines at the time, have become the center of AI technology.To put it simply, neural networks are the culmination of various mathematical techniques.We are now in an era where one cannot talk about artificial intelligence without knowing mathematics.