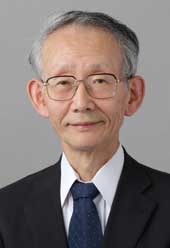 Until 20 years ago, we had no idea of the power of ICT and web technologies. Now, ICT and web technologies have entered every part of our lives and culture. E-shopping has become commonplace, and electronic translation has made great progress. New networks such as Twitter and Facebook have appeared, and electronic textbooks have been realized. Web technology is certainly embracing the whole culture. It's a natural consequence of the history of science.

It is said that modern science began when Galileo pointed his small telescope at the night sky and performed experiments on falling bodies from the top of the tower about 400 years ago. We must not forget that Galileo not only discovered various celestial bodies but also opened the door to science. It began at this time that the research method to understand nature by objectively observing phenomena and finding a law from the results without being confused by dogma. His successors established a method to simplify and model phenomena and to perform simulations based on them. By solving the equations describing the phenomena, a wide variety of phenomena, from the motion of planets to the motion of molecules, have been clarified, making it possible to predict future states. It is well known that these results have been applied to many fields, have produced the concept of energy, and have formed the foundation of modern civilization. The technology to extract important information from faint signals from far away in the universe is used in various fields today and enriches our lives. The invention and popularization of computers are naturally part of this trend.

In recent years, the necessity of precision and actualization has been called for in business as well, and quick decision making is required. It is said that social phenomena are more complicated than natural phenomena, but since we have a powerful means of Web technology, it should be possible in the near future to find out the laws of business society and predict the future. I am trying to apply the research methods of natural science, especially astronomy, which has a wealth of methods for solving problems, to liberal arts fields such as business administration and history. I am willing to share with you not only the results of my research but also the process and method. I hope that you will participate in the construction of a future society where you can engage in intellectual creation activities such as art and science through the development and utilization of the web technologies you have learned at our college.