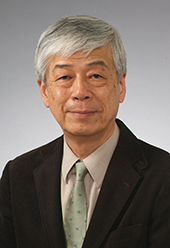 I have been involved in education and research with the belief that "optimization is the keyword for problem solving".There are many problems in the world that need to be solved. The concept of "optimization" plays an important role when considering scientific methods for solving them.

In scientific problem solving, the problem to be solved is first expressed in a mathematical equation. Such a process is called "modeling". Once the "model" of the problem has been created through modeling, the next step is to solve it using a computer. The basis of the software used in this process is the "algorithm".Algorithm is a word that means a method of calculation, and various methods have been developed that make good use of the mathematical properties of the problem.

The method of finding a solution to a problem by optimization using both "modeling" and "algorithm" is also called "mathematical programming".One of the main characteristics of mathematical programming is that it is used in a wide variety of situations.In fact, problems that need to be "optimized" can be found everywhere, from various fields of engineering such as communications, transportation, architecture, chemistry, civil engineering, machinery, and electricity, to social sciences such as management, economics, and finance.

Artificial intelligence such as deep learning, which has become a hot topic today, is also based on the concept of "optimization" as its principle.I hope to convey the fascination of "optimization" to students through lectures.

Other about 200 more in academic jounarls with reviews