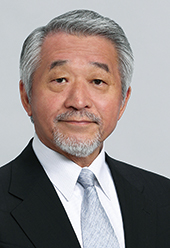 At the annual meeting of the World Economic Forum (WEF) held in Switzerland in April 2016 (Davos), there was a lively discussion about the "Fourth Industrial Revolution.In the 4th Industrial Revolution, it is said that artificial intelligence (AI) and robot technology will greatly change the future industry.

In the 4th Industrial Revolution, which is progressing at present, various "Things" are connected to "Internet", and the industrial structure changes by controlling them by "AI". This will also lead to major changes in the roles of humans and the way they work.A system consisting of "things" connected to the "Internet" is called the Internet of Things (IoT).In order to move robots wisely, IoT and AI technologies are essential.

The biggest impact of the 4th Industrial Revolution is that it has become possible to exchange and control information between machines (Machine to Machine: M2M) without human intervention. In other words, the systems in which men look at the results of information, collected via Internet and analyzed by computers, in order to make judgements are in the process of being replaced by systems in which "smart judgments" can be made without human intervention. Moreover, computers are becoming capable of self-learning without being taught by humans.

Up to now, processing has been performed by a computer making a decision using a program designed by a human, but with the development of machine learning technology, which is a kind of AI, machines (computers) can learn how to make a decision by themselves. Until now, it was thought for many years that it would be difficult for computers to beat humans in games like go and shogi, but now computers can win because of advances in big data analysis technology (technology that makes decisions that seem optimal by analyzing large amounts of data on a computer) and machine learning technology.

This changes the role that people play in society. Some people argue that AI will take away the jobs that humans are doing today and cause a lot of unemployment, but I don't think so. There are certain types of jobs that will no longer need to be filled by human beings due to the 4th Industrial Revolution, but there will also be new types of jobs that will be created at the same time. This kind of change happened in the past industrial revolution as well.

I believe that the goal of mankind in the 21st century is to solve the various social problems that we face today and to realize a sustainable society where people can live happily. I think IoT and AI will be very powerful to solve various problems in the society we live in.

We are now living at a major turning point in this kind of technology. I hope that students will make use of the knowledge, skills, and ideas they have learned at KCGI in the future to contribute to society from their own perspectives.