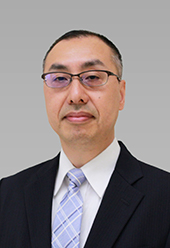 ENIAC, the world's first electronic computer, was developed in 1946. It was huge and the total weight was said to be 27 tons. The primary purpose of the development was the ballistic calculation of the shell.

Around 1990, when I was in charge of software development for a mainframe (large computer) at an IT company, I remember seeing that the mainframe was sitting in a "computer room" with a control terminal and an operator in front of it, magnetic tapes spun around in a row of devices, and an impact printer that could only type alphabets and katakana operated with a loud noise.

Now, when it comes to computers around us, the typical one is a smartphone. The smartphone was launched in 2007. At the time of the announcement, many people had the impression that it was convenient and cool, but did you imagine that it would become an indispensable part of life in only 10 years?

IT is evolving day by day, from networks to clouds (data storage, calculating) to AI and IoT devices. So what will IT be like in 10 years, and how will it be used?"The best way to predict the future is to invent it," said Alan Kay.I would like to premeditate this together with you who learn IT and will be active in society in the future.

Many other R & D management achievements