Toward a New Era

In February 2017, Nihon Unisys Co., Ltd. and the Research Institute of Technology jointly established the "Future Environment Laboratory" with Kyoto College of Graduate Studies for Informatics (KCGI) and its group school, Kyoto Computer Gakuin (KCG), under the "Agreement on Industry-Academia Collaboration". This is an industry-academia joint forum where researchers from Nihon Unisys are regularly stationed in schools to promote joint projects with students. In an IT age, where technology is continually evolving, constant innovation is required that transcends various industries and businesses. In order to cultivate a new type of autonomy, it is important to have close cooperation between companies that are economic entities and social entities such as educational institutions.

Alan Kay, best known for his phrase "The best way to predict the future is to invent it," referenced the words of Leonardo da Vinci in 1984, "Music gives shape to the invisible" when discussing the ideal way forward in computer education. He drew a metaphor between "musical instruments, music and musical scores" and "computers, computing, software." With his metaphor in mind, by the 18 -19th century, moving the listener became the focus of Western music rather than performance of the piece itself by musical instruments. In the same way that this was followed by the era when writing an accurate complete score for the performer and the conductor became the work, in the music that is computing in the 21st century, development of a "site" that moves autonomous machines, organizations, and people is the complete musical composition, and it is within this "site" that computing will be performed. In other words, for people searching for a new autonomy, it will be necessary to compose a musical score that can be understood by both humans and AI. Therefore, in this lab, we dream of collaborative projects such as Local Gate, which finds social and regional issues and solutions from data. Also, Inner Gate, which enables the creating of various scenarios beyond individual experience and knowledge, and Future Gate, which prototypes possible future environments.

We hope that this "Future Environment Laboratory" will become a place to produce ideas and ideas that lead to innovation. Collaborations in plannig and research between inhouse company researchers with first-line experience and knowledge and students that hold innovative ideas, will surely lead to innovative utilizations of IT. Through this collaboration, we will be able to cultivate a diverse internal workforce ready to meet challenges across numerous fields. Nihon Unisys and Kyoto Graduate School of Information Technology will work together to pave the way towards a future IT society. 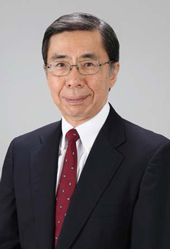 Envisioning an IT Workforce

Towards IT personnel who constantly aim for self-improvement and to contribute to a diverse community with their unique skillsets.

IT has been incorporated into consumer products such as electric appliances and automobiles. It also has changed our lives to a great extent through the development of communication tools such as smartphones and SNS, as well as online services (e.g. eCommerce). In particular, for the first time in recorded history SNS has made it possible for humans to communicate with strangers from around the world. IT is now a source of innovation in all areas. IT is envisaged all over the world as a means to help humankind solve various problems in the areas of politics, economy, energy, food, medical treatment, nursing and so on. The IT personnel responsible for innovation are expected to play active roles throughout the world.

The business model of the Japanese IT industry has also reached a major turning point. In the past, contract development of customer systems accounted for a large share of the IT industry in Japan. Those in charge and the developers were separate, and the first priority for developers was to adhere to specifications and to keep quality, cost, and delivery time. More often than not, creativity was not fostered. However, in the past few years, the requirements of client companies have changed. This is a shift from individual development to the utilization of services provided. The creativity and originality of service providers is in high demand. Then, what are we envisaging in an IT personnel that has creativity, originality and innovation? What kind of abilities are sought after?

Traditionally, industry and technology have developed within the framework of particular countries and companies. IT transcends national and regional borders and the boundaries of particular companies. New technologies and industries are emerging within new communities that transcend borders. In order to work in such a borderless environment and within a community that produces technology and industry, a sense of individuality (personal identity) will be a requirement. It's important to be able to know and say what you are good at. People should be able to talk about their beliefs, values, sensibilities, skills, and added value over and above their particular job-type or organization.

It is important to have a specialty or expertise that is one's own. That specialty can be many things: it could be IT-related skills that database, network, and security related, or in an art field such as music, painting, or literature, or maybe in a business field such as marketing, production management, accounting, or personnel. It is important that each individual has a specialty of his/her own that is required within a community made up of diverse individuals.

In addition, it is important to have a humble attitude that is able to understand and accept other people's different ideas, an ability to convey one's own thoughts, and the ability to transmit information in order to create new things with others.

I have been involved in the planning and promotion of new products and services in industry. Innovation is never only created by one genius. In Japan, since ancient times, there is a saying, "Three heads equal the wisdom of Manjusri" (in other words, two heads are better than one). Big ideas are born from different people sharing their wisdom with eachother. IT personnel that constantly aim for self-improvement and contribute a community made up of diverse individuals with their unique skillsets are needed.