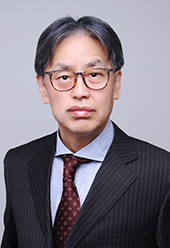 Tianjin, China, where I was born and raised, is a modern city with a port and various styles of architecture, which is a characteristic of Tianjin. I had been used to seeing this city since I was a child, and I had never given it much thought, but when I went to graduate school, I chose architecture because I wanted to know more about what I had seen in my hometown.

In the last decade or so, not only buildings, but also harmony with the environment and digitization in design have shown great change and development, and expression in the unique language of IT is being promoted. In this age of globalization and digitalization, I would like to go back to my original intention, and at the same time, I would like to review architecture and landscape through new technologies and find new meanings.

Students who are interested in this project: let's do our best together.