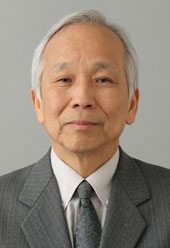 At the Turning Point of a New Era

The Industrial Revolution, which occurred from the latter half of the 18th century through the 19th, began thanks to the creation of a new type of power known as the steam engine. The increase in productivity was later further accelerated by the use of electricity and petroleum, until, by the latter half of the 20th century, the productive capacity of humanity far exceeded the amount needed. The result, termed the conversion from quantity to quality, led to the obsolescence of mass production methods at the time and a transition to the age of large variety, small volume production. Amidst these stormy seas of change, the industrial composition of the world is undergoing a significant transformation, giving birth to a new social order.

From the latter half of the 20 century to the 21st century, ICT (information and communication technology) brought about another major change again. It's called the Information Revolution. Computer, the origin of this power, is only about 70 years old, but as a result of explosive progress, it has become incredibly powerful in terms of both computing speed and storage capacity.And this change is evolving much faster than the Industrial Revolution. It is said that the human brain consists of about 10 to the 11th power of neurons, but the number of elements that form a computer is already surpassing that, and the hardware is now comparable to the human brain.Communication technology, another pillar of the information revolution, is also making great progress. In addition to the transmission of information by electric current and radio waves, optical communication has been put into practical use, and the so-called digital age has arrived. Using the Internet, which is one of the greatest achievements of our research, we can send not only text but also photos and video data to anywhere in the world in an instant.

These advances in ICT bring about major changes in our lives. The ability to solve partial differential equations to describe changes in the atmosphere faster than changes in actual weather was the key to numerical weather forecasting. The analysis and recognition of speech has become faster than human speech speed, allowing humans and computers to interact in real time. The storage capacity barrier has almost disappeared, and it is now possible to store digital data from all the books in the world, all the data that people take from their eyes and ears throughout their lives, and all the communications between people. Computers themselves are getting smaller and faster, and mobile phones and smartphones are finding their place in people's pockets. Wearable computers are even being used for glasses, watches, and clothing. Robots were made possible only by combining these advanced technologies. They are not only substituting part of the human body, but also playing the role of a new organism by incorporating advanced artificial intelligence. More and more interesting robots are appearing, such as nursing robots that help people move, robots that answer visitors' questions and guide them to the places they are asked for, and robots that interact with people and play the role of pets in the home.

In the bigger scheme, business, politics, relationships between countries, etc. are not exceptions for this change. The communication infrastructure represented by the Internet is globalized by connecting the whole world with networks. As a result, new multinational businesses are emerging one after another, and the shape of the state and society is also being affected.

ICT has made our lives very convenient, but at the same time, it can be seen as a threat. Spam e-mails, computer viruses, privacy violations, computer crimes, cyber-terrorism, etc., can cause major disasters if handled incorrectly.The question is how to confront these issues.

I have described the various aspects of ICT, and during these competitive developments, we are in the midst of a transition. To put it boldly, we can say that we are at a turning point for the future of mankind.

In order to cope with such an age, we have established The Kyoto College of Graduate Studies for Informatics, Japan's first professional graduate school of ICT. We welcomed our first group of students in April 2004, and this year marks our 18th year.Our university is based on the Kyoto Computer Institute, which was established in 1963 in the beginning of the computer age, and has inherited its traditions and achievements.

The university's founding philosophy states, "To train highly-qualified information technology professionals with strong practical knowledge of the current business practices, a solid theoretical background, and a creative and innovative spirit which will enable them to meet the demands of society and to be responsible for the current and future generation."In order to achieve this goal, we have established the Department of Web Business Technology, School of Applied Information Technology, which specializes in ERP (Enterprise Resource Planning), Business Data Analytics, Global Entrepreneurship, Web System Development, Network Management, IT Manga/Animation, Tourism IT, and Artificial Intelligence. Incoming students choose one of them.In addition to the concentration fields, there are common elective courses and industry courses (agriculture, education, content marketing, fintech, oceanography, medicine and health, etc.) that students can freely choose from.

Since the opening of the school, we have established satellite schools in Sapporo and Tokyo.The student quota has also increased significantly. In keeping with the turning point of the times, I can say that we have started to walk steadily.

We hope to foster human resources who can fully understand the impact of ICT on society and guide them in the right direction.We open our door to aspiring students regardless of age, background, nationality, or liberal arts and sciences. We welcome from the bottom of our hearts, not only those who have just graduated from university, but also those who are already active in the real world and aspiring to improve their careers, as well as international students who are interested in studying in Japan.