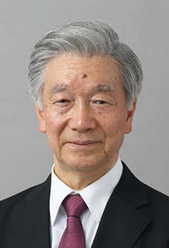 Until now, I have been consistently involved in R & D and education in the field of information and communications. I worked for the Telecommunications Research Institute of Nippon Telegraph and Telephone Public Corporation, which had 360,000 employees. I continued to work for the company after it was privatized and became Nippon Telegraph and Telephone Corporation (NTT). After that, I started to work at my alma mater, a national university, and I continued to teach until retirement even after it was incorporated and became a national university corporation. After retirement, I also worked at a research institute for a private university and a public interest incorporated foundation.

In these organizations, as for basic technologies, my tasks included computer architecture, parallel processing, system design, and high-speed communication. I was also involved in the areas of applied technologies such as remote education systems, video-on-demand systems, digital cinema, image compression and recognition technologies, smart cities, and healthcare.

I would like to give a class on the essence of system technology obtained through my experience to date, as well as convey the comprehensive knowledge that I have learned through hands-on experience working with many people in various organizations. Even after good results are achieved at the theoretical, algorithmic, and prototype levels in corporate research labs and universities, we still need to work just as hard, if not harder, to make them truly useful for other people. The real work starts at that point. It is an urgent issue, both domestically and the worldwide, to cultivate real engineers who can practice this at the personal level. In order to become such a professional, it is fundamental to refine the specialized skills that have been acquired. And in addition, one must have the ability to grasp the social condition, ability to manage the organization, and enhanced skills to cooperate with others. In other words, one must aspire to be a better person.

In order for each of you and for myself to become such human beings, I would like to keep working together with you. In other words, I would like us to make efforts together to actualize this ideal by learning from one another.

The "intelligence and personal integrity" should be considered. Looking back on history, the Kansai region, where our Kyoto Main School is located, has produced prominent educators such as Jinsai ITO in Kyoto, Toju NAKAE in Shiga, Koan OGATA in Osaka, who were so-called " true teachers" among the teachers. What I mentioned earlier is the kind of true education and learning such great educators offered. And that is what I aspire to achieve with you at this college.