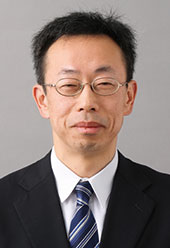 My specialties are video production and film research. I have approached videography from both practical and theoretical perspectives. My actual field of practice is TV reporting.

I have been engaged in news shooting for more than 20 years in total for NHK and commercial broadcasting. Since I joined NHK in 1989, I have captured the changing face of Heisei Japan from various angles.

On the other hand, I have been actively engaged in theoretical research on images, mainly American films. In this field, I have systematically analyzed film noir, science fiction film, and automobile film, which can be said to be very American (sub) genres, by making full use of image theory and historical materials, and examined the cultural significance hidden in them.

At first glance, news filming and film research may seem to be two different types of media study, but to me, both are expressions of a strong interest in videography. I have tried to understand video media from a comprehensive perspective by considering both practical and theoretical aspects.

Based on these experiences and knowledge, I have begun to develop and research rich media content.

The production and transmission of images, which used to be a special privilege for broadcasting stations, has become one of the means of expression open to all people due to the low-cost digital equipment and the advent of the Internet society. How can we create effective media content suitable for this new video age?

The answer to this question is developing. I just started working on it. Let’s think about it together.