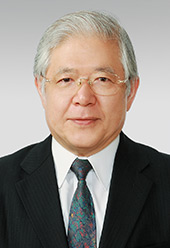 The Internet has become an integral part of everyday life since 1969, when it first appeared on the Internet at UCLA (University. Professor L. Kleinrock at the University of California, Los Angeles (UCSB (Univ. of California, Santa Barbara), SRI (Stanford Research Institute), Univ. of Utah). The Internet which started with four hosts had become a network of more than 1 billion hosts as of January 2016. It goes without saying that the development of technology related to computers and communications has made a significant contribution to this achievement, but the background to the successful construction of such a large-scale system cannot be overlooked by the theoretically proven methodology of system design. Professor Kleinrock pointed out the importance of this in his dissertation submitted to MIT (Massachusetts Institute of Technology) before launching the network, and in 1975 he published "Queueing Theory" vol.1 and vol.2, which became the basic theory for the subsequent development of the Internet. The Japanese translation is “Machi gyoretsu riron”(queueing theory) and it is still the fundamental textbook not only for networking practitioners but also for researchers interested in applied probability theory. I encountered this book during my graduate school year, and I have been interested in the intersection of theory based on mathematics and real systems such as networks, that is, the field of the fusion between the theory and the actual. Since then, I have been involved in research related to mathematical models and performance evaluation of information systems.

I hope that students entering The Kyoto College of Graduate Studies for Informatics will acquire academic and research skills that will support their lives as adults for the next 50 years and deepen their involvement in core technologies that will lead the next generation.

More than 150 other books