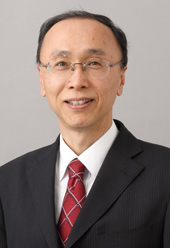 The world of computers has changed from the era of general-purpose computers to the era of client-server computers and now to the era of network computing using the Internet. In the past, communication between computers required the help of professionals who could understand the characteristics of each computer and understand complicated protocols. However, communication between computers has become much easier thanks to a communication protocol called TCP/IP, and people who use computers for the first time can now communicate with computers around the world through the Internet as if they were just connecting a cable to the computer. Furthermore, in the world of mobile phones, mobile terminals are used to provide services based on Internet access rather than phone functions.

It is said that the commoditization of IT in the corporate information systems no longer creates significant competitive advantage in the investment in IT that competitors cannot catch up with. However, it is also true that there are companies that generate profits by increasing sales compared to competitors through IT.

IT is just a tool. In this age of widespread networks and commoditization of IT, the ability required is not merely knowledge of IT, but the ability to understand what IT is and how to use IT through the network to establish a competitive advantage for the enterprise. The entire faculty and staff of the College will support all students to acquire these abilities over the course of two years and to be active in society as professionals.

I think you will enter our school with various intentions. Please do not forget this thought and spend a meaningful two years.