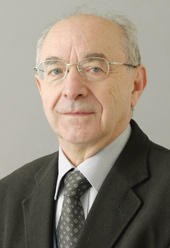 Over the last few decades, a new type of decision-making problem has emerged that is interesting both from a practical and theoretical point of view, thanks to the rapid improvement of computer performance, advances in information storage and data manipulation techniques, and the development of quantitative approaches to problem solving. Decision-making problems can have a huge number of variables and constraints, be extremely nonlinear, or be characterized by inherent combinatorial explosiveness. Among these many interesting (esoteric) problems, I am currently focusing on optimization problems with Group Decision Making, Conflict Resolution, and Fair Distribution, combinatorial optimization problems arising in the scheduling of computers and manufacturing systems, and application of linear and nonlinear programming to artificial intelligence such as decision making under various uncertain situations.

In my course, I want students to improve their ability to see things critically, think and analyze things logically. I also want to create an environment where people can easily exchange opinions in order to not only learn facts but also deepen understanding. Even in a computerized environment, people with pure ideas are superior to computers without the ability to think. As B. Russell says, lack of absolute certainty is one of the essential elements of reason (rationality).

I want to enjoy not only lectures but also various things with my students.