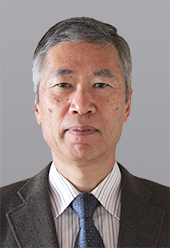 Consider the relationship between IT and finance. The financial business originally consists of numbers, and it has a great affinity with computers that are powerful in numerical processing. It is no exaggeration to say that the history of financial business is a history of mechanization. For a long time, the focus was on business efficiency and IT was the way to make business more efficient. That’s true not only in finance but in many industries. At first, because IT plays a supporting role, it was thought that all the IT engineer needed to do was to assemble some computers and write programs according to the design drawings drafted by the people working on-site. But IT has advanced so fast that it now handles much more than mere calculation and memory. We now know IT can be used for things we once thought only humans could do, such as judgment and reasoning. It’s grown to the point where IT can now take the place of humans in fields such as financing and investment. The advance in quantity has effected a change in quality. In effect, work-process design and IT implementation have become one. It’s no longer possible to draw a strict line between the two. This new reality changes the qualities required of an IT engineer. Rather than being passive and waiting for blueprints, we are now required to analyze and gain insight into our business, and in some cases design the business itself. Unlike the passive recipient of somebody else’s design drawings of days past, the IT engineer of today analyzes, understands and at times even designs work processes. . A new world is beginning for IT professionals, with dimensions never experienced before. I want you to lead that process. The travails of the pioneer are many, but your prospects are boundless At KCGI I want you to acquire the spirit of the pioneer and the strength to overcome adversity.