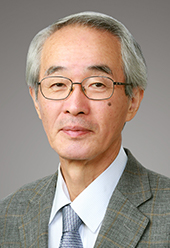 With a spirit of pioneering new applications of ultrafast computers

It has been 76 years since Neumann proposed the Stored Program method, the prototype of today's computers, in 1945.Since I was born in 1945 as well, I have been living with computers. My ability has been slow since I was born, but the progress of computers is remarkable. In particular, around 1970, many new technologies were put into practical use, such as out-of-order and cache memory systems, which were the prototype of the present microprocessor, operating system UNIX, structured programming, ARPANET, 1-kbit DRAM, 4-bit microprocessor Intel 4004, and shared memory parallel computer C.mmp. My late 20s was just around this time, and whatever I did, I enjoyed my research very much.

Since the 1970s, processor, memory, hard disk, communication, and sensor technologies have been integrated and developed. Without any of them, today's computers would not have spread. Today's fastest computer (TOP500 supercomputer ranking for November 2020) is Japan's Fugaku, and the computer's computing performance is approaching 1018 (exa) times per second.

I hope that young people will make the best use of computers as a comprehensive scientific technology for new applied fields such as artificial intelligence, and also explore new application fields to truly contribute to the happiness of mankind. For this purpose, it is important to have fun and learn a wide range of fields, including humanities and social sciences, while young.