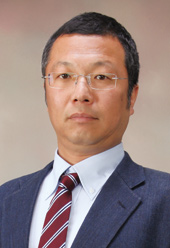 Japan is one of the world's leading countries in terms of digital access lines, but we still have a long way to go before we can use them. We must say that Japan is still a developing country in terms of new technologies and services. Communication infrastructure tends to get faster, cheaper, and in better quality if it is introduced later. The current performance of optical fibers, for instance, is astonishingly different from 15 years ago. In that sense, I don’t think we should feel at ease with the current situation of the “IT world”.

I have been involved in the Internet business since 1995, but there are few new technologies and services from Japan, and it is not an exaggeration to say that all technologies and services are imported from Europe and the United States, especially from the United States. Also, no one is even aware of it now, but the Internet is a communication network that makes the world uniform. It is available in many parts of Asia and ranges from African deserts to conflict zones in Latin America. In that sense, the whole world is both a rival and a friend.

Furthermore, almost all matters on the Internet (from basic protocols to higher-layer mechanisms) are decided by private organizations. Although there are conditions, it is an archetype of "the world which is flat." I believe that maintaining and developing Internet can be a challenge of our species.

I think there is a need for people who not only acquire technology, but also understand the nature of the Internet and IT, and can make progress for humanity in an international framework.