On January 31, 2007, I was invited to represent the Kyoto College of Graduate Studies for Informatics at the inauguration ceremony of the 10th President of Columbia University Teachers College, my alma mater.The inauguration venue was the Riverside Church on the Hudson River, close to Columbia University.The church is also known as the place in which Dr. Martin Luther King Jr. gave a speech. 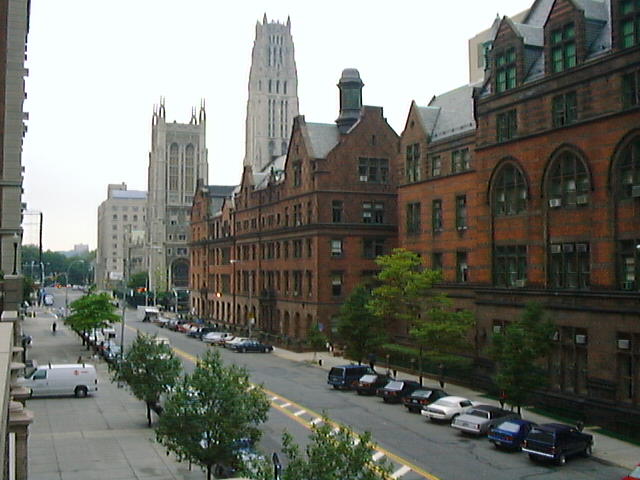 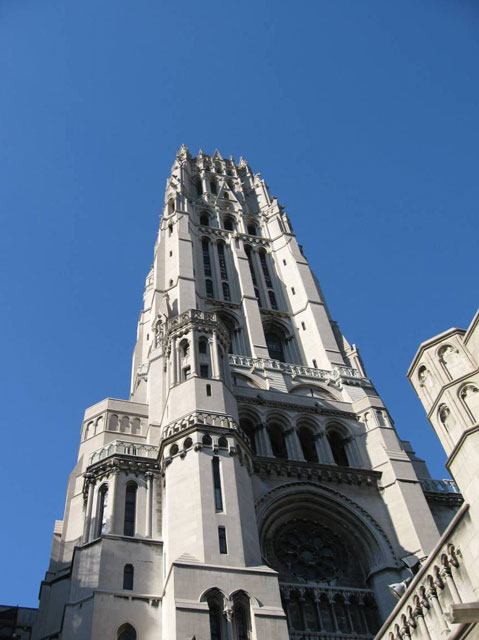 Teachers College, founded in New York in 1887, is the largest private education graduate school in the United States.Dr. Susan H. Fuhrman, Ph.D. was appointed as the 10th President of the University. Susan H. Fuman, Ph.D.She is a prominent pedagogist on educational reform etc. She received her doctrate degree from Teachers College

I attended the ceremony wearing a black academic gown from the Kyoto College of Graduate Studies for Informatics, but when I looked around, there were not only black but also many bright colored gowns such as red, green, blue, and light blue. Also, the representatives of the many invited universities were lined up in order of establishment, and I who represented our school was at the very end of the line.There were representatives from universities whose founding dates back to the Middle Ages at the front of the line.From the perspective of these universities with long history, our school, which has only been open for three years, is still very young. 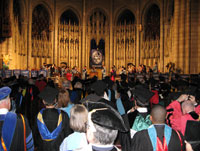 The inauguration took place in the church cathedral.Guests from universities from around the world were in line, followed by Columbia University's board of directors and senior faculty members, then by each faculty's faculty members and staff, and finally the new president entered.The ceremony opened with a pipe organ and chant.Congratulations of many teachers, including former President Dr. Arthur Levin, finally followed by the new president's inaugural address.This grand ceremony in a majestic hall has opened a new era on the history and tradition of Columbia University Teachers College. 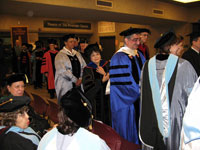 I was very honored to be invited to the President's inauguration.I was also very surprised that I was only invited guest from Japan, representing the Kyoto College of Graduate Studies for Informatics, along with Dr. Yasuko Hasegawa, who represented our fellow KCG group school, Kyoto Computer Gakuin. 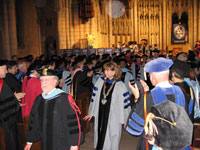