In April 2007, we donated personal computers to Bosnia and Herzegovina, Eritrea, and Kyrgyz Republic as part of the overseas computer education support activities conducted by Kyoto Computer Gakuin.International Development of Computer Education: IDCE is a project aimed at donating PCs owned by Kyoto Computer Gakuin to developing countries and using them for local computer education. This Voluntary activity has been donated to over 19 countries in 19 countries since sending the first shipment to the Kingdom of Thailand in 1989.IDCE donates to government-level institutions in each country, and then the Ministry of Education takes the lead in providing PCs to middle and high schools where ICT education is not sufficiently distributed due to lack of computers.

At the end of May, I visited the Ministry of Foreign Affairs Multilateral Economic Relations and Reconstruction and the Ministry of Education, which are the receiving organizations in Bosnia and Herzegovina, for the donation program.We also visited several universities to learn about the current state of ICT education.I would like to present my experience in the form of a travel journal.

The conflict in Bosnia Herzegovina continued until 1995, and not only the towns but also the research facilities of the universities were destroyed by the war.However, the people of Sarajevo did not show the misery of the war and welcomed us with the warm hospitality.

Sarajevo, the capital of Bosnia and Herzegovina, was a city where the Winter Olympics were held, and it is a city surrounded by mountains just like Kyoto.The city has a new area lined with high-rise condominiums, and an old town with oriental atmosphere, with Turkish influences, where pointy roofs of the Islamic mosque towers catch visitors’ eye.

As previously mentioned, Sarajevo is one of the cities that was severely damaged by the war.The impression of the tragic past was not obvious from the locals, but there are still a lot of buildings with exposed concrete, as bullet marks, on their facade here and there in the city.Every time I saw such a sight, I wished that our activities could help people even a little.At the Ministry of Education, the Minister himself had met with us and stated that he hopes this donation would be the beginning of further exchange with the Kyoto College of Graduate Studies for Informatics in the field of ICT education.

Sarajevo has a specialty dish.Through my past IDCE activities, I came to believe that mutual understanding and mutual respect for the other people's culture is important while carrying out international exchange and supports.Depending on taste, some spread sour cream on the pita bread .The sausages have a good taste of garlic and pepper, moderately spicy, and it is delicious with the gravy soaking into pita bread.In the old town, many shops are lined up in a narrow alley competing for the taste of Cevapcici, and the pleasant smell from the terrace seats comes out while walking in the narrow alley.

In addition to Sarajevo, I also visited to Banja Luka, the capital of the Republic of Sulpska.It took 5 hours by car from Sarajevo.The purpose was to visit the Ministry of Education and the university of the area.I was unable to meet with the Minister of Education, but I received an acknowledgment for the computer donation.

Unlike Sarajevo, Banja Luka was flat and the city was well organized.A large river flows in the center of the city, and there was a large boat restaurant, which was one of the places of relaxation for citizens.The greenery of the surrounding trees was reflected on the river and it was very beautiful.

Banya Luca has a population ratio of seven women to one man.I imagine that many men's lives were probably lost due to warfare.

This region is the birthplace of Nikola Tesla, whose name is also used as a unit of magnetic flux density.At the University of Banja Luka, where I visited, it seems that it is indispensable to conduct a Tesla coil discharge experiment.

Although it was a visit for about a week, my understanding of Bosnia and Herzegovina was deepened.Through my past IDCE activities, I came to believe that mutual understanding and mutual respect for the other people's culture is important while carrying out international exchange and support.I would like to do my best to help KCG Group keep contributing to ICT education around the world. 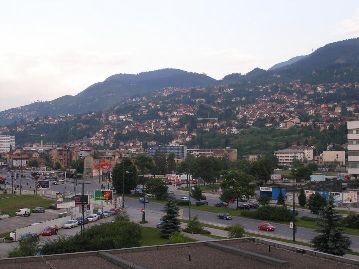 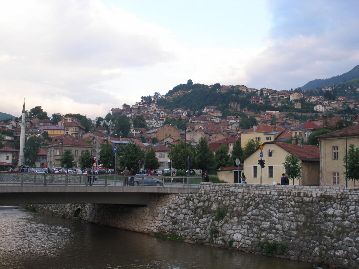 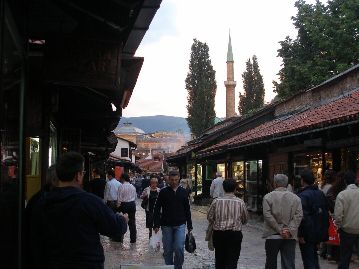 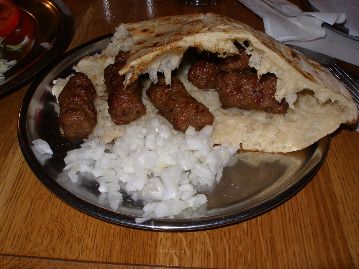