KCG Group will hold a violin recital as part of its 50th anniversary celebration as follows.We hope that not only students but also the general public will appreciate the exhibition.Admission is free. Please register in advance.

The violin to be played at the recital was made by violinist Muneyuki Nakazawa and his wife Kimiko (the player for this recital) after seeing the "Miracle Pine Tree" in Rikuzentakata City, which withstood the tsunami caused by the Great East Japan Earthquake and has supported the people of the disaster area, and collecting driftwood from the rubble in hopes that it would convey memories of the disaster and offer hope to those seeking recovery.All of the players are active internationally, performing in concerts around the world.

Since its foundation, the university has incorporated general education courses into its curriculum to cultivate the intellect and sensitivity of students in addition to specialized skills, and holds various cultural lectures, classical music concerts, and traditional performing arts appreciation events.

*Preschool children are not allowed to enter.
Parking is not provided.Please use public transportation.

Kimiko Nakazawa, violin
One of the most internationally acclaimed violinists.Graduated from Niigata University.After studying at the Salzburg Mozarteum Conservatory, he began his extensive performance career.Since 1991, he has formed "Ensemble Wien Tokyo" with Ludwig Müller, concertmaster of the Vienna Chamber Orchestra, and others.In 1995, as a member of the "International Soloists Quartet", which consists mainly of the principal players of the Berlin Philharmonic, he appeared at music festivals throughout Europe.In 2000, he stayed in Vienna, Austria, as an overseas artist dispatched by the Agency for Cultural Affairs.He has performed with the Vienna Chamber Orchestra, Tokyo Philharmonic Orchestra, Osaka Philharmonic Orchestra, Nagoya Philharmonic Orchestra, Telemann Chamber Orchestra, and others.In 2007, he was a soloist in the national tour of the Super World Orchestra conducted by Philippe Entremont.In addition to his performance activities, he has been invited to serve as a jury for international violin competitions in Japan and abroad, and as a lecturer at international music festivals.He is currently a visiting professor at Shobi Gakuen University and its graduate school.
Toshiki Usui, piano
After graduating from Tokyo National University of Fine Arts and Music High School, he went on to graduate from the same university.He continued his studies at the Mozarteum University of Salzburg.He has won numerous awards, including first prize at the Cantu International Competition, a special prize at the Viotti International Competition, and the Donems Performance Prize at the Holland Music Session.He has given concerts around the world, appeared at international music festivals, served as a jury for international music competitions, and has been active in many other fields.In 2011, he performed in the United States, Europe, and the Middle East.He is currently based in Tokyo and Vienna. 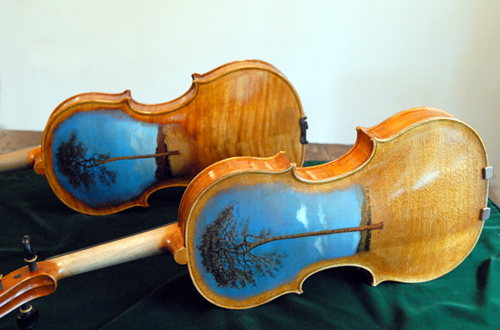