Prof. Tadashi Mukai of KCGI appeared in Nikkei Newspaper and commented on "The 9th Planet".

Professor Tadashi Mukai of Kyoto Computer and Graphic Institute (KCGI) appeared in a feature article, "The Great Search for the Unknown Ninth Planet," in the February 19, 2017, morning edition of the Nihon Keizai Shimbun, page 23 (science page), which included commentary.

The article states that there is a possibility of the existence of another planet far away from Neptune, outside the current eight planets (Pluto was demoted to a quasi-planet in 2006), including Mercury, Venus, and Earth, and that full-scale observations are continuing using the Subaru Telescope at the National Astronomical Observatory of Japan in Hawaii, U.S.A. The Subaru Telescope is the only telescope in the world that has been able to observe the planet.In 2008, when he was a professor emeritus at Kobe University, Professor Tadashi Mukai announced the existence of a ninth Earth-size planet.In this article, I comment on why the ninth planet exists in the position it does and the significance of these studies.

Professor Tadashi Mukai is a full member of the Astronomical Society of Japan and once served as president of the Planetary Society of Japan.He teaches lectures and other courses related to "data mining" at KCGI and KCG (Kyoto Computer Gakuin). 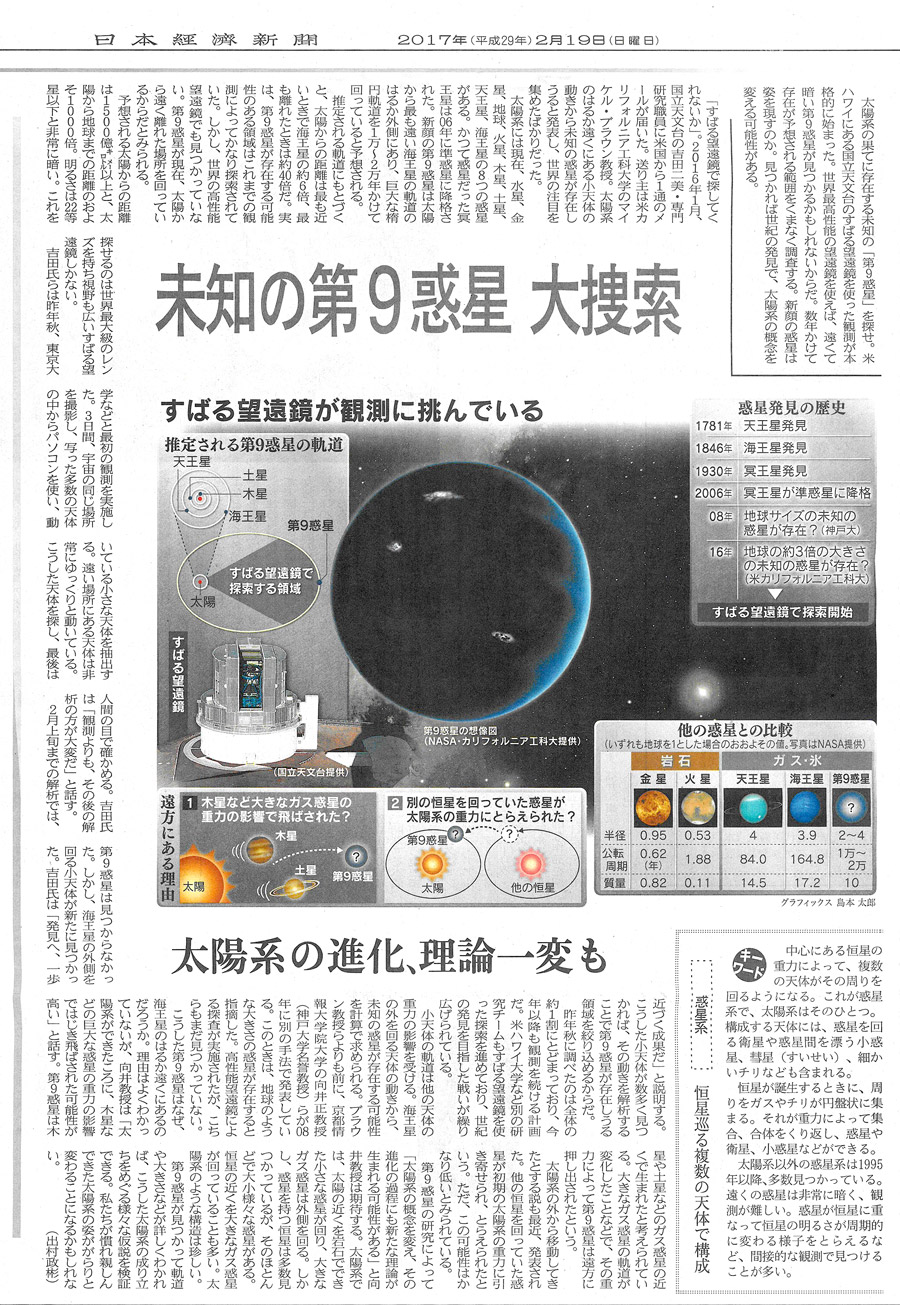