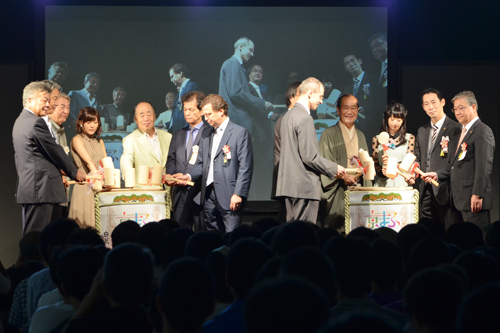 The Kyoto International Manga/Anime Fair (KYOMAF) 2016, co-sponsored by The Kyoto College of Graduate Studies for Informatics, Kyoto Computer Gakuin, and Kyoto Computer Gakuin Automobile School, was held on September 17 and 18 at the Kyoto Municipal Industrial Exhibition Hall (Miyako Messe).The KCG Group booth hosted many events and attracted many visitors.Related events included the fastest advance screening of the TV anime "Koushin Shoujo Arimaki" (hosted by KBS Kyoto, etc., on the 17th) held in the main hall of the Kyoto Station Satellite of the Kyoto Institute of Information Science, and the announcement of the final screening results of "Seiyu Tamashii in Kyo Mafu 2016" (supported by KCG Group) and a talk event with Koki Miyata (18th).

At the opening ceremony on the 17th, KCG Group President Wataru Hasegawa joined Kyoto Mayor Daisaku Kadokawa and Executive Committee Chairman Takayuki Matsutani (President of Tezuka Productions Co., Ltd.) on the stage to break the Kagami-wari (mirror breaking) ceremony and celebrate the opening of the exhibition as the organizers.

The KCG booth was set up with KCG's mascot character "Kyokotan" as a gadget, and many people participated in the "Liquid Tablet Experience Workshop" to make original uchiwa (Japanese fan) using an LCD pen tablet.The "Kyokotan" clear file that was given to those who registered on KCG's LINE@ was also well received.

Seiyu-tama in KYOMAFU 2016" (in cooperation with KCG Group) is the Kyoto event of the 5th "Seiyu-tama" All Japan Voice Actor Contest, a voice festival for junior high and high school students who aspire to become voice actors.The four students who passed the second round of judging held on September 11 at KCG Kyoto Ekimae School took on the challenge of representing Kyoto.The MC for the event was a student from the IT Voice Actor Course of the KCG Information Processing Department, who played an active role in keeping the event running smoothly and lively.The guest judge is "Free!Voice actor Yuki Miyata is known for his roles as Aiichiro Nitatori in "Danganronpa: The School of Hope and the High School of Despair" and Chihiro Fujisaki in "Danganronpa: The School of Hope and the High School of Despair.Hideo Momota, Director of the International Association for the Development of Voice Actors, and Akiyoshi Watanabe, Professor of Kyoto University of Information Science and Technology, judged the entries and selected one grand prize winner to participate in the 5th Seiyu Tamashii Final to be held in Tokyo on November 13.After the event, Ms. Miyata gave a talk session, in which she explained why she wanted to become a voice actor, her career path to date, and advice for aspiring voice actors.For results and more information, please visit the "Soul of a Voice Actor" page.

Soul of a Voice Actor
http://seidama.jp/ 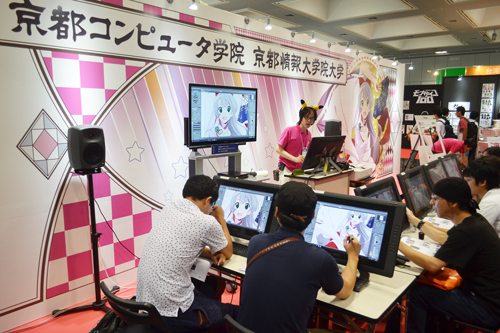 The KCG booth at KYOMAFU, which was visited by a large number of people.Liquid tab experience workshop" was well received. 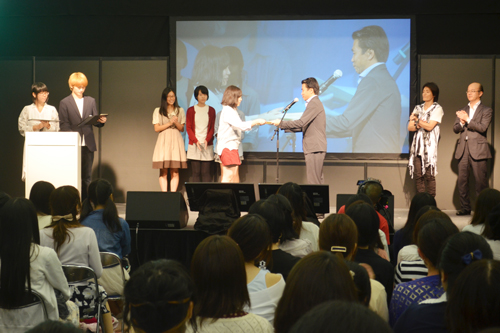 At the "Spirit of Seiyu in KYOMAFU," four students who passed the second screening participated, and a student from the IT Voice Actor Course of the Information Processing Department of KCG played the role of MC.
END_OF_DOCUMENT_TOKEN_TO_BE_REPLACED