There is great potential in the Japanese content industry."General public lecture was held. 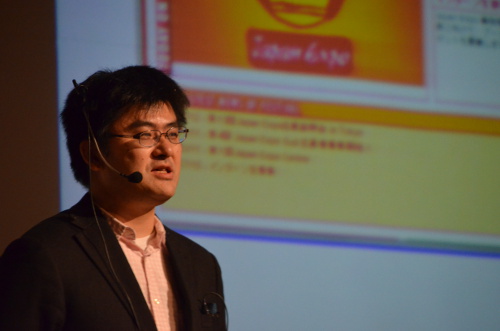 Mr. Koyama talks about the market, business models, Japanese anime culture, and other topics in a presentation titled "The Big Picture of Content.

The first overview of "Content Industry", a public lecture at The Kyoto College of Graduate Studies for Informatics (KCGI), was held on November 24 at the Kyoto Information University University Kyoto Station Satellite Hall and was a lecturer at KCGI. Mr. Yusuke Koyama, Associate Professor at Shibaura Institute of Technology, talked about Japanese content industry market, business model, Japanese anime culture, and so on.Many members of the public and students came to listen.

Mr. Koyama prefaced his remarks by saying, "Japan is said to have fallen economically, but if you look at the Gross National Coolness (coolness produced by the country), it is a world superpower.He explained that hit works in Japan, such as anime and video games, are not only coming from major companies, books, and magazines, but also from minor media and amateurs.As reasons why Japanese content is accepted around the world, he cited "tolerance of values," such as the lack of taboos against erotic and violent expressions and criticism of religion, "thickness and diversity" and "wide range of genres (anime, manga, games, novels, figures, etc.)".He added, "Japanese manufacturing industries such as automobiles and electronics, which are showing global strength, are characterized not only by the high technological capabilities of major companies, but also by the high level of local factories that make small parts.This point is shared by the Japanese content industry.With the spread and development of the Internet, there will be great potential in the Japanese content industry," he said.

The general public lecture "Advanced Contents Industry" will be held three times on Saturdays to introduce the unique Japanese culture centering on doujin activities in the fields of animation, games, fashion, and others.Each lecture is given by a different instructor in a different area of expertise, examining the activities, the market, and the impact on society.Admission is 3,000 yen per session for the general public and free for students. 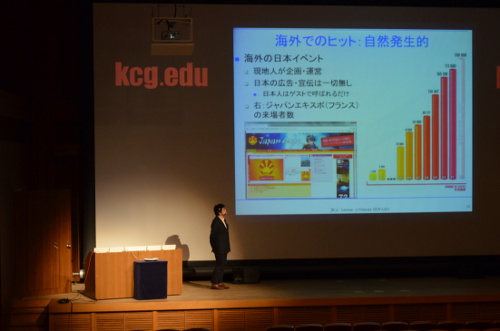