A delicate tone that resonates in the heart.Kanae Nozawa Erhu Concert was held 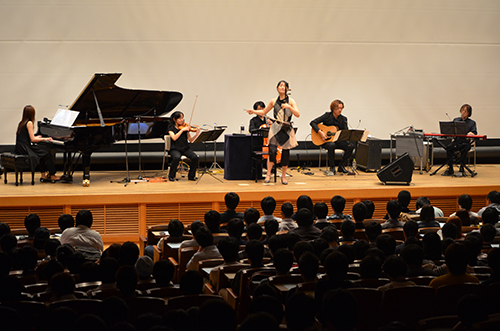 The erhu is one of the representative Chinese folk instruments, and has rapidly become popular in Japan over the past decade or so.In January 2007, Nozawa became the first Japanese erhu player to make a major debut, and continues to perform both in Japan and abroad.On October 10, 2014, I performed erhu and vocals at the 50th anniversary concert "MUΣA" held at Kyoto Computer Gakuin.

On this day, they performed six songs, including "shizuku" composed by Mr. Nozawa and "Gedo Senki - Tabi Jiro" composed by Mr. Terashima.During the lecture, Mr. Terashima gave a mini-lecture on "Video and Music," in which he performed various songs he had added to animations created by KCG graduates.Students and the general public seemed intrigued by the fact that the image of the animation changed dramatically depending on the song.Mr. Nozawa called out, "I would be happy to have an opportunity to collaborate with students on video and music, as we did this time. 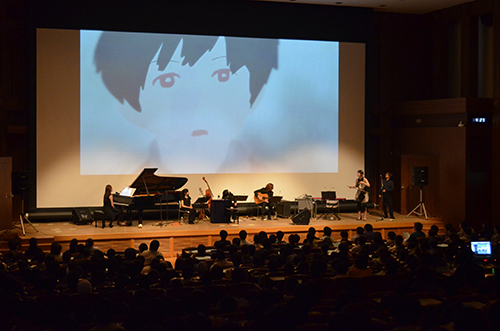 In a mini-lecture by Mr. Tamiya Terashima on "Video and Music," Mr. Terashima performed various songs on animations created by KCG graduates.

Mr. Nozawa is one of Japan's leading erhu players.He invited KCG students to collaborate on video and music!
END_OF_DOCUMENT_TOKEN_TO_BE_REPLACED