South America Nine system managers from the Republic of Colombia and representatives from various departments in the country from 11 to 22 August 2014 at the The Kyoto College of Graduate Studies for Informatics (KCGI) Kyoto station square satellite, JICA (Japan International Cooperation Agency) project Received training to improve security knowledge and technology related to.The participants were enthusiastic about the project, with a sense of responsibility, as they were responsible for promoting a project of national importance. 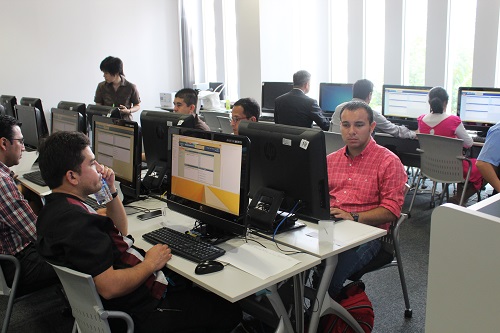 JICA's project is the "Strengthening Land Information System Security Management Capacity to Promote Colombia's National Land Restitution Policy" project.The country is hurrying to establish a land information system to return land to those victims who have been forcibly evicted from their own land in the past.The purpose of this training is to strengthen the security area of that system.

The lecturer was Professor Shozo Naito of KCGI, and the lecture was conducted through a Spanish interpreter.The participants were all very knowledgeable about networking and databases, and asked many passionate questions.A "coffee hour" with tea and sweets was held during the program, and on the final day, the 22nd, a mini party was held to celebrate the completion of the program.Everyone had a cheerful disposition and became good friends with the KCGI staff, and the two weeks were spent in a fun and friendly atmosphere. 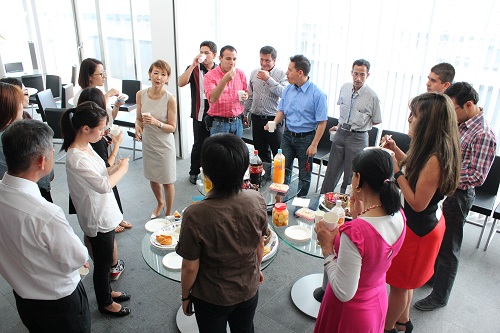 During the "Coffee Hour," we enjoyed chatting over tea and pastries. 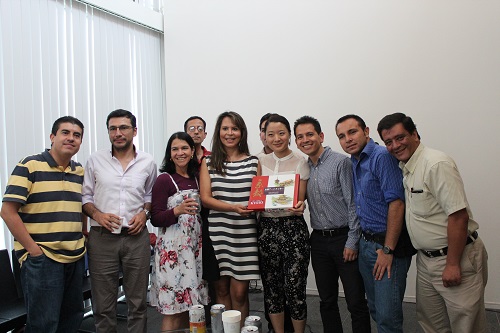 On the final day, we promised to see everyone again at the completion ceremony.
END_OF_DOCUMENT_TOKEN_TO_BE_REPLACED