The Sharp MZ-80K personal computer that The Kyoto College of Graduate Studies for Informatics (KCGI) and Kyoto Computer Gakuin (KCG) are preserving and exhibiting at Kyoto Ekimae Campus was selected by the Information Processing Society of Japan as a "Certified Equipment" of the 2012 "Information Processing Technology Heritage" and received certification on March 6, 2012.This is the fifth system from the University, following the "TOSBAC-3400" and "OKITAC 4300C System" that received the nation's first certification in 2008, the "NEAC-2206" in 2010, and the "NEAC System 100" in 2011.

The certification ceremony for the Heritage of Information Processing Technology was held on Wednesday, March 6, at the National Convention of Information Processing Society of Japan (IPSJ) held at Tohoku University Kawauchi Campus (Kawauchi, Aoba-ku, Sendai City).Wataru Hasegawa, President of KCGI and KCG, received a plaque of recognition from Kazuo Furukawa, President of the Society.

The MZ-80K was one of the earliest representative 8-bit personal computer models, developed by Sharp in 1978 and commercialized in the form of a semi-kit for technician training.The all-in-one design integrates the main unit, display, keyboard, and tape recorder into a single structure.It could be programmed to display the time and produce three octaves of sound, and was popular as one of the first three 8-bit PCs.

KCGI and KCG have preserved computers and other equipment used in education, training, and research over the past 50 years as the "KCG Archives," which are open to the public.

In 2008, the KCG Museum was accredited by the Information Processing Society of Japan as a "Distributed Computer Museum" for the first time in Japan.In order to pass on the technology that supported Japan's rapid economic growth to the next generation, TUAT is planning to develop the Kyoto Ekimae Campus into a "computer museum" that will be widely used as a place for research and education. 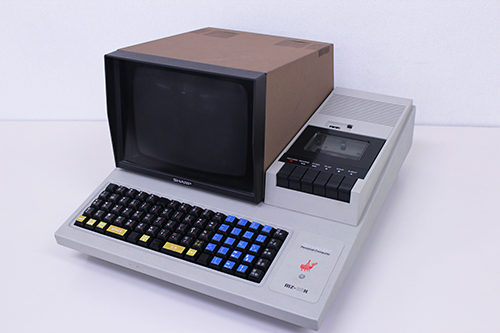 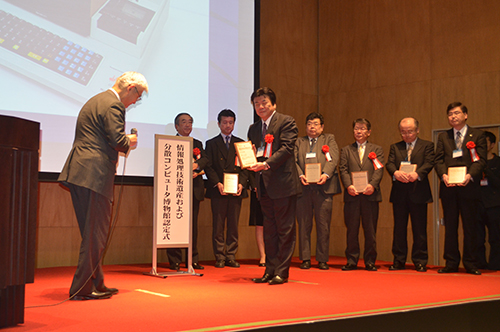