The Japan Federation of IT Organizations is established, with Wataru Hasegawa, Chairman of the Board of Trustees, as Representative Director and First Vice President. 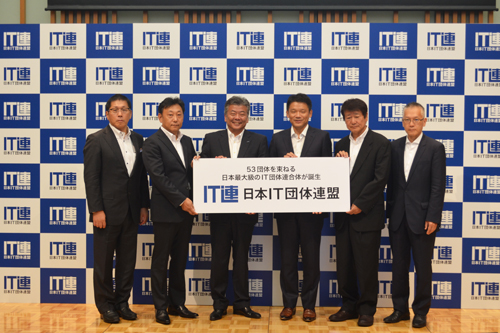 A board member holding up the logo of the Japan Federation of IT Organizations (IT Federation), which was established by 53 major IT-related organizations in Japan.Wataru Hasegawa, third from left, is KCG Group President Wataru Hasegawa (Chairman of ANIA, Japan Association of Regional Information Industries, and Chairman of Kyoto Information Industry Association), who became Representative Director and First Vice Chairman on July 22, 2016, at Keidanren Kaikan, Tokyo.

On July 22, 2016, the Japan Federation of IT Associations (ITF), one of the largest IT associations in Japan, was established by 53 major IT-related organizations in Japan (approximately 5,000 member companies with a total of 4 million employees) with the aim of building a world-class IT society while fostering IT personnel.Wataru Hasegawa, President of KCG Group (Chairman of ANIA and Chairman of Kyoto Information Industry Association) was appointed as Representative Director and First Vice Chairman.Satoshiaki Tateishi, Associate Professor at Kyoto University of Information Science and Technology (Vice Chairman and Executive Director of Japan Internet Providers Association) was appointed to the Board of Directors.The Representative Director and Chairman of the Board is Manabu Miyasaka, President and CEO of Yahoo Japan Corporation.The new organization will focus on promoting education for IT human resource development, which has become a chronic problem due to the shortage of IT personnel, and will actively make proposals for the elimination of regulations while achieving two-way communication with the government.

Despite the IT industry's role in driving Japan's future economic growth, there is a serious shortage of human resources, with the Ministry of Economy, Trade and Industry (METI) stating that there will be a shortage of 590,000 workers by 2030 and the Ministry of Internal Affairs and Communications (MIC) stating that the goal is to create 2 million workers by 2025.Unlike other industries in Japan, national policies related to IT are scattered among the Ministry of Economy, Trade and Industry, the Ministry of Internal Affairs and Communications, the Ministry of Education, Culture, Sports, Science and Technology, and the Ministry of Land, Infrastructure, Transport and Tourism, and there are more than 100 IT-related organizations under the umbrella of each ministry.The new organization is intended to strengthen our recommendations to the government by calling on these IT organizations to join us and organize a strong organization.The main activities of the association include: (1) various activities related to the promotion of IT education; (2) various activities related to IT human resource development; (3) cooperation with the government and related organizations on IT-related matters, exchange of information, expression of opinions and suggestions; (4) cooperation and exchange of opinions with overseas IT-related organizations; (5) various activities to strengthen cyber security; and (6) cooperation and exchange of information among members.

On this day, the inaugural general meeting and board of directors meeting were held at Keidanren Kaikan in Tokyo's Chiyoda Ward, followed by a press conference at which Representative Director and Chairman Miyasaka explained the purpose of the IT Alliance's establishment.Afterwards, a reception was held to celebrate the birth of the IT Alliance, with speeches by Mr. Shigeru Ishiba, Minister of State for Regional Development and other guests, and a toast by Mr. Hasegawa, Representative Director and First Vice President of the IT Alliance.The members confirmed to each other that they would continue to deepen exchanges and work together in a scrum for the development of the IT industry in Japan. 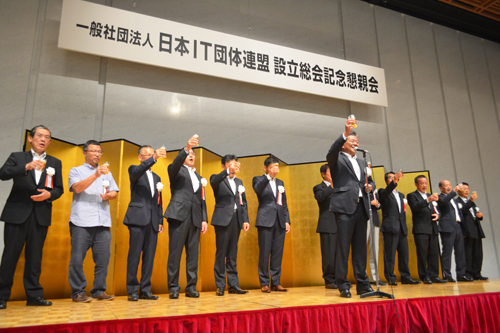 Representative Director and First Vice President Hasegawa gives a toast at the reception. 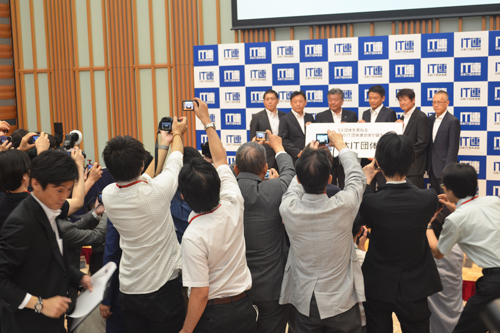 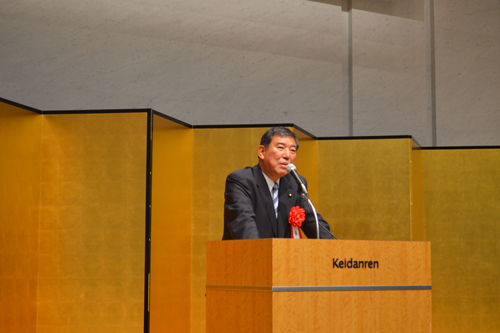 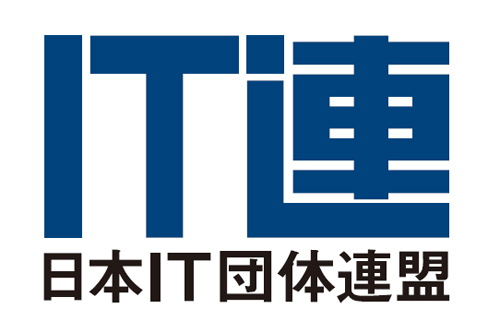