Live talk by Mr. Hirai, American Crayfish, will be held on May 12.

In commemoration of the 50th anniversary of Kyoto Computer Gakuin (KCG) and the 10th anniversary of The Kyoto College of Graduate Studies for Informatics (KCGI), we will hold the second talk live of the "Me and IT" series, "America Zarigani Hirai's IT is interesting!Lecture" will be held. 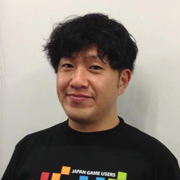 Yoshiyuki Hirai, president of the Japan Game Users Association and member of the popular comedy duo America Zarigani (Amezari), will come to KCG to talk about the relationship between comedy/art and computers/IT in a light-hearted manner.

Mr. Hirai and his partner, Tetsuya Yanagihara, are big fans of video games, anime, and manga.He has reported for several gaming-related programs.This is the reason why the two Amezari appear in the "Monster Hunter" series as clients for in-game events, and there are numerous episodes related to the game, such as the creation of a crimson shrimp-shaped armor called "Amezari Armor.He is also the president of the Japan Game Users Association (JGUA), an organization established to promote the game industry from the user's perspective.

There is no charge for participation.
To apply, please click here.
http://kcg.edu/50th/events/私とITアメリカザリガニ/

After the talk live, KCG Open Campus will be held.
If you are interested in computers and IT after listening to Mr. Hirai's talk live, please join us.You can sign up on the day of the event!
Click here to register for Open Campus