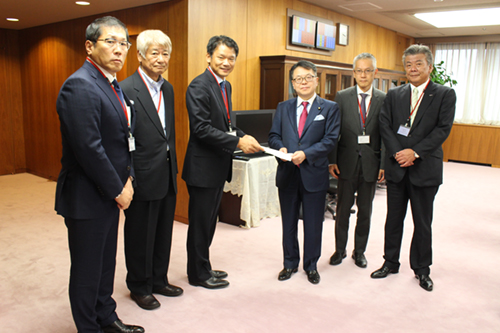 IT Alliance delegates handing over the proposal to Minister of Economy, Trade and Industry Hiroshige Seko
(The far right in the photo is Wataru Hasegawa, KCG Group General Manager)

Wataru Hasegawa, President of KCG Group, as Representative Director and First Vice President of the Japan Federation of IT Associations (IT Federation), paid a courtesy visit to Mr. Hiroshige Seko, Minister of Economy, Trade and Industry, and Mr. Sanae Takaichi, Minister of Internal Affairs and Communications, on October 25 and December 13, respectively, and made the following recommendations toward realization of the IT Federation's proposal "Creating a World-Class IT State through Data Utilization", together with Mr. Miyasaka, President of KCG Group.

The Kyoto College of Graduate Studies for Informatics (KCGI) and Kyoto Computer Gakuin (KCG) have sent out a great number of talented IT personnel to the world so far, but in the future we will keep in mind practical IT education corresponding to the trends and changes of the times. , We will contribute to the creation of an ideal IT nation. 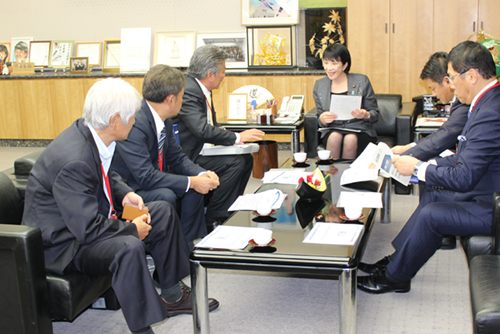