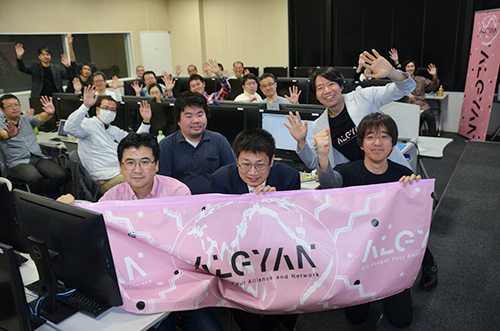 The Future Environment Lab, established by Kyoto Computer Gakuin (KCG) and The Kyoto College of Graduate Studies for Informatics (KCGI) in collaboration with the General Technology Research Institute of Nihon Unisys, Ltd. of major IT services, held a seminar on Saturday, November 17, 2018 at the KCGI Kyoto Ekimae Satellite and KCG Kyoto Ekimae School New Building with "IoT Arujan (ALGYAN)," a community pursuing cutting edge environments and methods for Internet of Things (IoT) development.Students also participated to learn more about one of the most popular services, Azure Sphere.

The speakers were Mr. Hiroshi Ota, Senior Software Engineer at Microsoft Japan, the company that launched Azure Sphere, and Mr. Takashi Matsuoka of Seeed Corporation, which sells the MT3620 development kit, an IoT device.Both of them are "Let's spread IoYT (Internet of Your Things) cheerfully and happily from Japan to the world!I am a member of the community "IoT Arujan (ALGYAN)," which is active with the aim of

At the beginning of the presentation, Mr. Sakamoto, chief researcher of the "Future Environment Lab," introduced the activities of the lab.Mr. Ota continued with a lecture titled "The Latest Technology for Building Secure Devices: The Emergence of Microsoft Azure Sphere".After touching on the benefits and risks of connected devices, he introduced "Azure Sphere" developed by Microsoft, which consists of a Linux distribution, a chip for IoT devices, and a security service in the cloud.Mr. Matsuoka explained the development environment and other aspects of Azure Sphere under the title "MT3620 Development Kit and Development Methods.After the lecture, a reception was held to deepen exchanges among the participants.

In February 2017, the KCG Group opened the "Future Environment Lab," a creative project jointly with the Integrated Technology Research Institute of Nihon Unisys, Ltd. on campus to foster the next generation of IT professionals through collaboration between industry and academia.Students who will be active in the IT industry in the future use their flexible ideas and creativity in a variety of research and academic collaborations with researchers from IT companies. 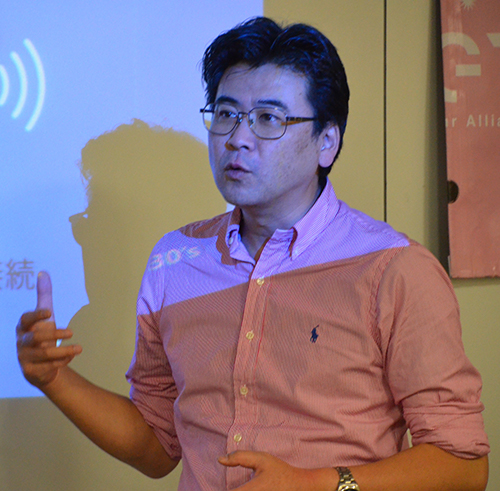 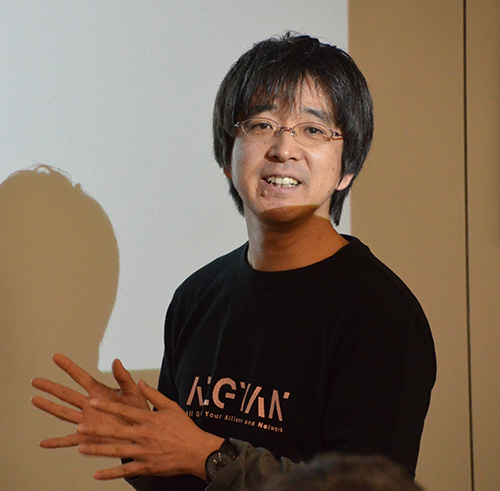