Parents and children are intrigued by the history of computers on display at the KCG Museum! 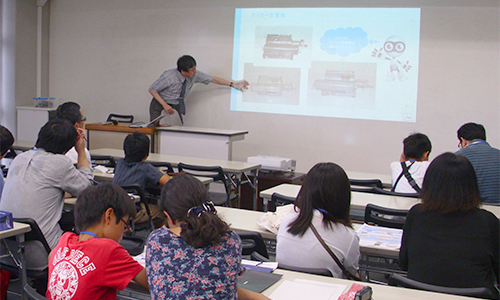 Parents and children learning about the history of computers

On August 2, 2015, Kyoto Computer Gakuin (KCG) held its Summer Festa "History of Computers for Parents and Children" at its Kyoto Ekimae School, where children on summer vacation visited with their parents to see valuable computers from the past.The lecturer was Dr. Hiroto Chiba, Deputy Director of the KCG Computer Museum.Dr. Chiba is a visiting professor at Kyoto Computer Graphics Graduate Institute (KCGI) and is very familiar with the world of the science fiction series "Star Trek" and manages its official Japanese website.He also has a deep knowledge of computer history and serves as deputy director of the museum.

At the event, participants first learned about the history of computer development, from hand-cranked calculators to large computers with many vacuum tubes to the recent notebook PCs.The children also tried their hand at disassembling and assembling a personal computer, showing a keen interest in the internal structure they were seeing for the first time.

A 6th grader from Osaka City commented, "I was surprised to see that the design of computers from a while ago was not as smooth and angular as the recent computers," and a 6th grader from Kyoto City said, "It was interesting to see the inside of a computer for the first time.

The KCG Group has preserved computers and other equipment used in education, training, and research for more than 50 years since its founding as the "KCG Archives" and makes them available to the general public.In 2008, the KCG Museum was accredited by the Information Processing Society of Japan as a "Distributed Computer Museum" for the first time in Japan.The Society also recognizes the TOSBAC-3400 and OKITAC 4300C systems (both 2008, the first in Japan), the NEAC-2206 (2010), the NEAC System 100 (2011), the MZ-80K (2012), and the PDP-8/I (2014), which are displayed and preserved by the University, as "Information Technology Heritage Certified Equipment.The KCG Group is planning to develop the Kyoto Ekimae School into a "computer museum" to be widely used as a place for research and education, and is calling for support and cooperation from the national government, Kyoto Prefecture, Kyoto City, academia, the education community, businesses, and other related parties. 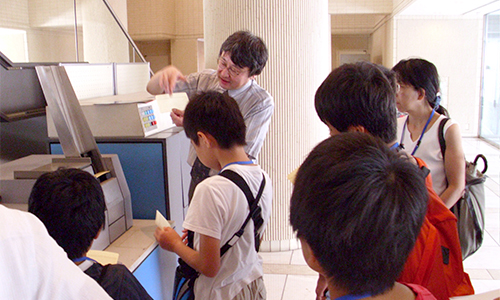 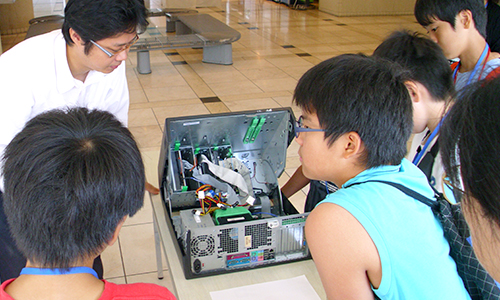 Inside a computer seen for the first time
END_OF_DOCUMENT_TOKEN_TO_BE_REPLACED