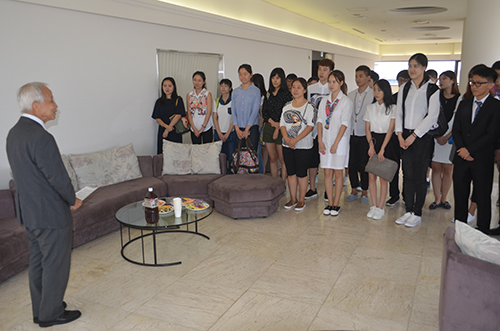 Students from Dalian University of Foreign Languages, China, at the opening ceremony of the KCGI short-term training program.President Ibaraki delivered a congratulatory address.

On September 4, 2015, KCGI short-term training was started by 27 students from Dalian University of Foreign Studies, China, which is affiliated with The Kyoto College of Graduate Studies for Informatics (KCGI).On the first day, there was an opening ceremony and orientation at KCGI Kyoto Ekimae Satellite (KCGI Kyoto Ekimae Satellite), a group school of Kyoto Computer Gakuin (KCG), where the students looked forward to their three-month IT studies and life in Japan and Kyoto.

On this day, the group visited the KCG Museum at KCG Kyoto Ekimae School to see valuable computers from the past, and watched the opening video of the KCG Group's 50th anniversary ceremony (June 2013) at the Kyoto Ekimae Satellite Main Hall of the Kyoto Institute of Information Science.We moved to the lounge for the opening ceremony.In his introduction of the school, he emphasized that IT has been in demand in all aspects of life in recent years.Kyoto is the home of Japanese culture.During your stay in Japan, please visit shrines and temples and meet many Japanese people.He welcomed the meeting, saying, "Japan-China relations are in a very unfortunate situation, but I am sure it can be resolved if we deepen our understanding of each other.In response to this, the leader, Mr. Liu Xin, thanked us for the opportunity.In the orientation session that followed, the students learned about Japanese traffic rules and lifestyle.

The students will stay until November 29 and attend lectures on web technology and enterprise systems at KCGI. 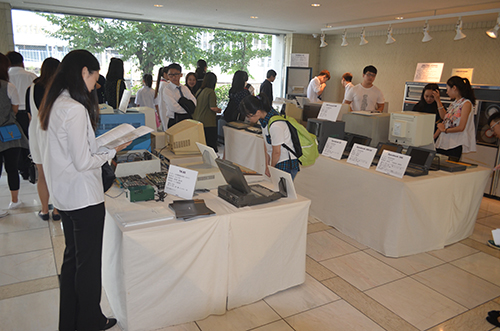 Prior to the opening ceremony, the group visited the KCG Museum at KCG Kyoto Ekimae School to see valuable computers from the past. 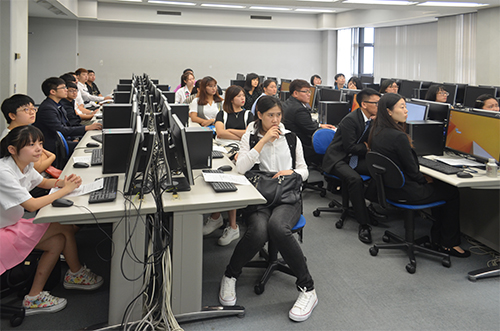 At the orientation, the students earnestly learned about Japanese traffic rules and lifestyle.
END_OF_DOCUMENT_TOKEN_TO_BE_REPLACED