KCG Summerfest 2017 a Success!Thank you very much for coming.

The KCG Group, including Kyoto Computer Gakuin, Kyoto Institute of Information Science, and Kyoto College of Automotive Engineering, held the "KCG Summer Festa 2017" (supported by Kyoto Prefecture and Kyoto City Board of Education) on Saturdays and Sundays in July and August 2017 at Kyoto Computer Gakuin Kyoto Ekimae Campus and other venues to promote interaction with local residents as more open educational institutions.Many elementary and junior high school students and local residents participated in various events.Thank you very much.

The KCG Summer Festa is held annually on July 2, the anniversary of the death of KCG's founder and first president, Shigeo Hasegawa.

Here are some photos from the KCG Summerfest 2017. 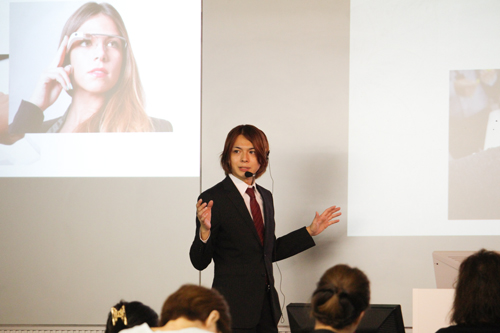 July 23 (Sun.), Kyoto Institute of Information Science, Hyakumanben Campus
A large number of people attended the lecture (also offered as a KCGI open lecture) given by Ayame, keyboardist for the popular music group "Skyscraper Opera" and visiting professor at the Kyoto Institute of Information Science and Technology.Music has developed largely under the influence of the technology of the time.Ayame unraveled the history and future of music-related technology, from classical instruments and performance equipment to computer-based digital music.The lecture was also distributed to The Kyoto College of Graduate Studies for Informatics Tokyo Satellite. 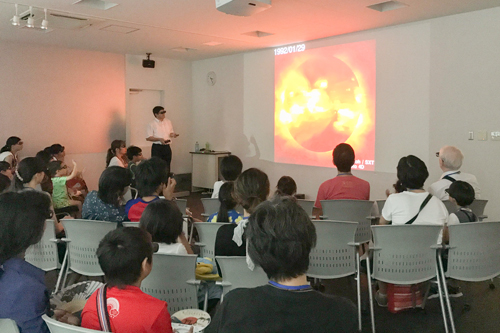 Astronomy Workshop - Wear 3D glasses and experience what the macrocosm looks like!~

July 23 (Sun.), Kyoto Computer Gakuin Kyoto Ekimae School
Participants wore 3D glasses and experienced the vastness of the universe while watching astronomical images.There are roughly 1 trillion x 100 billion stars in the universe.One of these myriad stars is the sun, and we are small beings on the earth orbiting the sun.The participants were inspired by the endless expansion of the universe as Prof. Seiichiro Aoki, Associate Professor of Kyoto University of Information Science and Technology, who was in charge of the workshop, explained about the workshop.This workshop was supported by the Astronomical Observatory of Kyoto University/ Astronomy Dissemination Project Office. 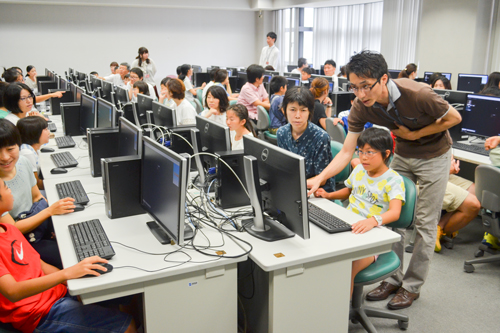 Saturday, July 29, Kyoto Computer Gakuin Kyoto Ekimae School
This is a popular annual course for upper elementary school students.The children learned to program mainly with the mouse, while creating their own games.The challenge was to create a game in which a character catches falling apples, and with the help of Kyoto Computer Gakuin faculty and student staff, everyone successfully completed the game and showed smiles. 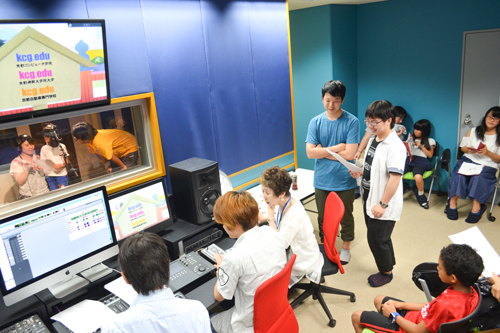 Saturday, July 29, Kyoto Computer Gakuin Kyoto Ekimae School
The students had a realistic experience of "postrecording" to record lines and narration of KCG's mascot character "Kyokotan" to the images of KCG Group's commercials.After receiving instruction on pronunciation and vocalization of lines from a teacher of the IT Voice Actor Course of the Information Processing Department of Kyoto Computer Gakuin, the students enjoyed the process of animation production, including studio recording, using the "Digital Sound Studio" located in the Kyoto Ekimae School.Some of the participants were a bit nervous as it was their first time to record in a studio, but once they put on the headphones and stepped up to the microphone, they performed the role of "Kyokotan" with aplomb.Parents captured their children's "bravery" on film and in photographs. 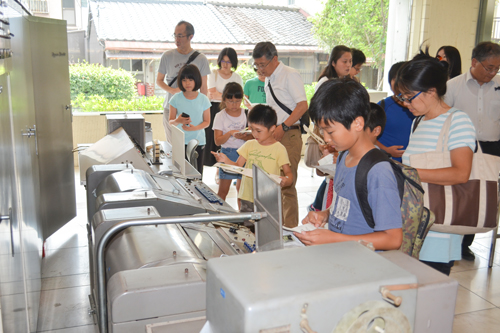 History of Computers" for parents and children

Saturday, July 29, Kyoto Computer Gakuin Kyoto Ekimae School
The KCG Computer Museum houses many historically valuable computers.Many children and their guardians participated in the event. They learned about the history of computer development while viewing the equipment on display in the museum, and compared the performance of the latest computers with that of the precious old ones by actually operating them.We also learned about the birth and evolutionary history of video games, which were born as a result of the evolution of computers. 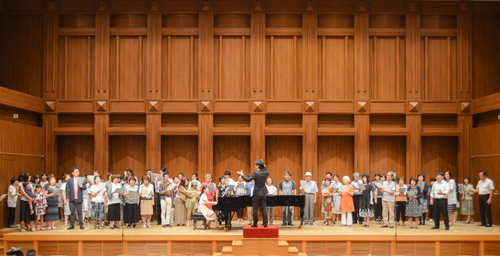 Saturday, July 29, Kyoto Computer Gakuin Kyoto Ekimae School
A large crowd filled the concert hall of KCG Kyoto Ekimae School.The first part of the concert featured a flute quartet, a piano solo, and a solo and duet.In the second part, participants tried their hand at the song "Kimi wa Hana wa Boku wa Kaze" (lyrics and music by singer/songwriter Shuhei Umehara), which was recorded in Japanese, English and Chinese by U-Choir, a chorus circle of KCG Group and released to the world via the Internet.All the members went on stage and sang in the chorus under the guidance of Mr. Yohei Yoshimura, the circle's advisor.The hall is known for its excellent acoustics, and the audience enjoyed listening to music and singing to their heart's content. 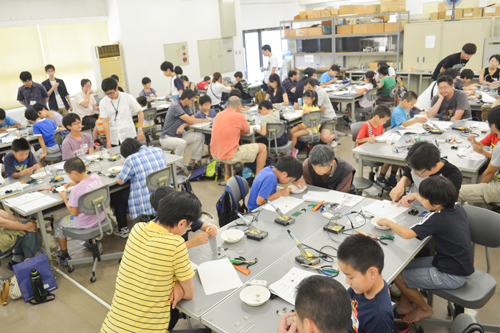 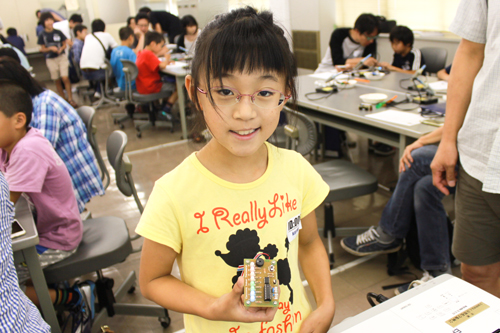 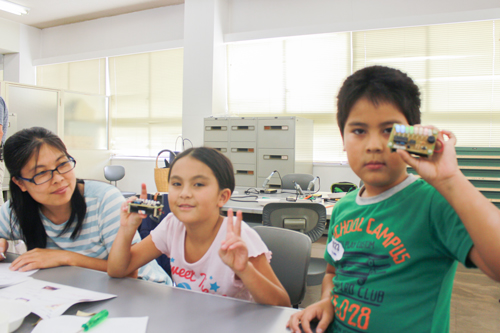 August 20 (Sun.), Kyoto Computer Gakuin Technical College (Rakuhoku Campus)
This is a popular annual workshop that quickly reaches its maximum enrollment after the call for participants begins.Many children and their parents participated in this year's event.While learning the mechanism of electronic circuits using microcomputers and the roles of electronic components, students will try their hand at creating their own original electronic thermometers that operate using special software.Mr. Eiji Kubota, head of the Engineering Department of Kyoto Computer Gakuin and vice principal of Rakuhoku School, and student staff provided careful guidance.The finished products were taken home with happy memories of the summer vacation.This workshop was co-sponsored by the Kyoto City Board of Education and Miyako Kodomo Doyo-Juku.