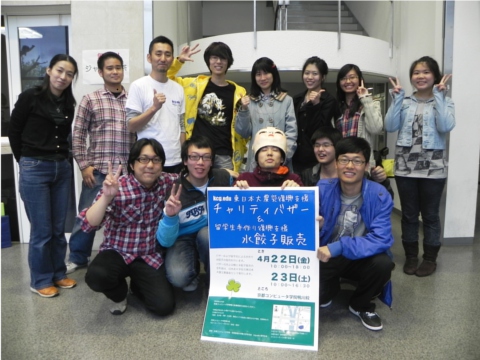 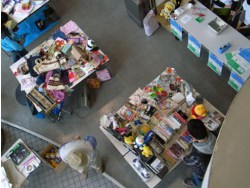 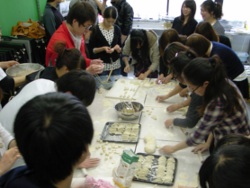 When a major earthquake hit Qinghai Province, China, last April, Chinese students from KCG took to the streets to make a donation.Great goodwill was received from people on the street.At this year's dumpling sale, Chinese students put their skills to the test to repay the favor done to them. The warm steam rising from the pot is a symbolic scene of a happy life.The KCGI and KCG students, faculty, staff, and neighbors donated their special items to the bazaar, and the circle of goodwill expanded greatly over the two days, centered on the KCG group.