A classic concert held in Vienna 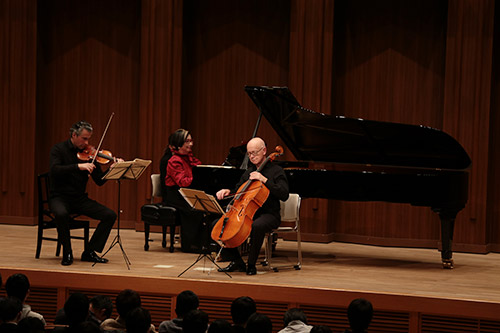 A classical concert "Vienna's Sunny Evening" where soft examinations wrap up the hall.

The performances were Haydn's “Two Violins and Cello London Trio”, “Piano Trio (Hob.XV) No. 27 in C major” and the label “Piano Trio (1915) in A minor”.Finally, performances and image footage that were tailored to Nina Fogue's music were added to the soft study, and the performing arts were created, resulting in great applause from the audience.

Since its founding, the KCG Group has been holding various cultural lectures, classical music concerts, traditional art appreciation events, etc., including general education subjects in the curriculum for the purpose of cultivating not only specialized skills but also students' intellect and sensitivity.These events are also appreciated by the general public. 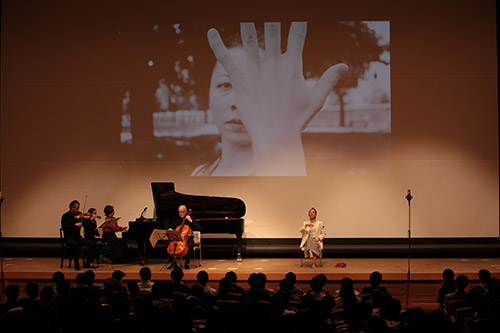