Lecture by Tomotaka Takahashi, "Creating the Robot Age," to be held on June 22 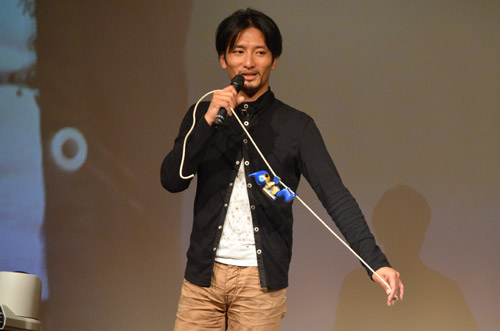 Robot Creator Tomotaka Takahashi (Representative Director of Robo Garage Co., Ltd., Advanced Science and Technology Research Center, University of Tokyo) ) “Creation of the Robot Age” was held at the The Kyoto College of Graduate Studies for Informatics Kyoto Station Satellite Hall.Mr. Takahashi brought his own robots, "EVOLTA" and "Robi," and gave a demonstration, introducing plans for a robot space flight within the year.

Mr. Takahashi explained his motivation for becoming a robot scientist: "When I was in elementary school, I read the manga Astro Boy and was inspired by the many scenes in which robots were being built.After graduating from Ritsumeikan University, he entered the Faculty of Engineering at Kyoto University, recalling his childhood dream when he was looking for a job.The robots he developed while a student at Kyoto University won prizes in venture and idea contests, and were brought to manufacturers for commercialization.

Since then, we have developed more than 30 robots.The 17 cm "EVOLTA," which was used in a commercial to advertise the durability of dry cell batteries made by an electronics manufacturer, successfully climbed 530 meters up a Grand Canyon cliff along a rope.He has also completed the 24 hours of Le Mans, the 53-day crossing of the 53-road Tokaido, and a triathlon in Hawaii (3.8 km swim, 180 km bike, 42 km marathon).In his lecture, he brought his "EVOLTA" and a rope to recreate the ascent of the Grand Canyon.In addition, the humanoid robot "Robi" (34 cm) demonstrated that it can talk, sing, and dance.

He introduced plans for the world's first space flight by a humanoid robot by the end of this year.It has already passed 14 safety tests and will fly into space by the end of this year to serve as an experimental assistant and communicator for Astronaut Koichi Wakata.We want to show the world that robots can now communicate with people," he emphasized.He added, "I am convinced that in the near future, an era will come when each person will have a robot instead of a smartphone.It will start with Japan, where manufacturing is by far the strongest.Robots have unlimited potential," he concluded.

Mr. Takahashi has attracted worldwide attention as a "robot genius" with his self-made robot "CHROINO," which was named "Coolest Invention" by Time magazine.In the RoboCup World Championship, where robots compete in soccer matches, the company won five consecutive championships from 2004 to 2008.Around 2050, I would like to see a robot team beat the winner of the World Cup soccer tournament," he says. 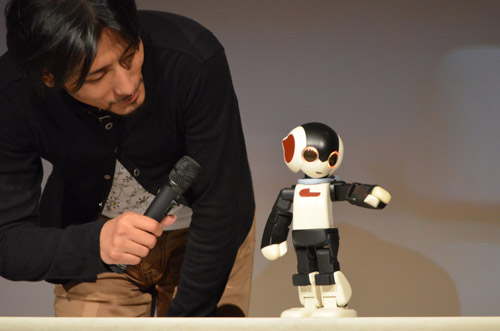 ROBI" was a robot that could talk, sing and dance!