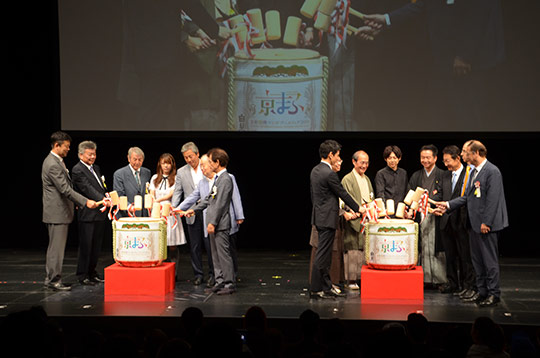 At the opening ceremony held at the Rome Theater Kyoto on March 15, KCG Group President Wataru Hasegawa joined Kyoto Mayor Daisaku Kadokawa and Executive Committee Chairman Takayuki Matsutani (President of Tezuka Productions Co., Ltd.) on the stage as the organizers to celebrate the opening of the festival.

At the KCG booth, a "Hands-on Liquid Tablet Workshop" was held, where participants could use an LCD pen tablet to color the KCG mascot character "Kyokotan" and make their own original uchiwa (Japanese fan).It was a unique event and was even featured on NHK news.The "Kyokotan" clear file that was given to those who registered on KCG's LINE@ was also well received.

The "Seiyu-tama in KYOMAFU 2018 - Seiyu-tama Kinki Competition" aims to qualify for the International Seiyu Contest, a voice festival where junior high and high school students who aspire to become voice actors gather.The second round of judging was held at the Hyakumanben Campus of the Kyoto Main Campus of the Kyoto Institute of Information Science and Technology, and the successful applicants took on the challenge.Inviting voice actor Kenta Miyake as a guest judge, along with Hideo Momota, Director of the International Association for the Development of Voice Actors, and Akiyoshi Watanabe, Professor of Kyoto University of Information Science and Technology, we selected one grand prize winner who will participate in the final of the 7th International Seiyu Contest "Seiyu Spirit" to be held in Tokyo on November 18.After this, Mr. Miyake gave a talk event, which was a lot of fun.Students from Kyoto Computer Gakuin's IT Voice Actor Course in the Information Processing Department acted as emcees.For results and more information, please visit the "Soul of a Voice Actor" page.

Soul of a Voice Actor
https://seidama.jp/ 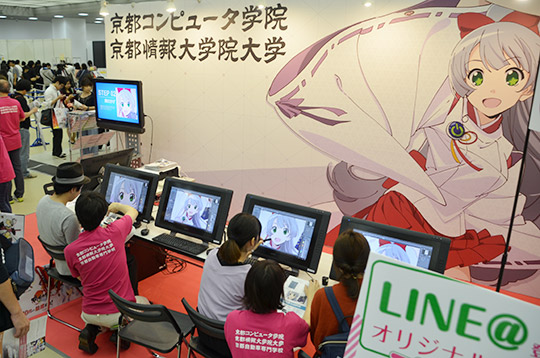 The KCG booth at KYOMAFU, which was visited by a large number of people.Liquid Tub Experience Workshop" was well received (September 15-16). 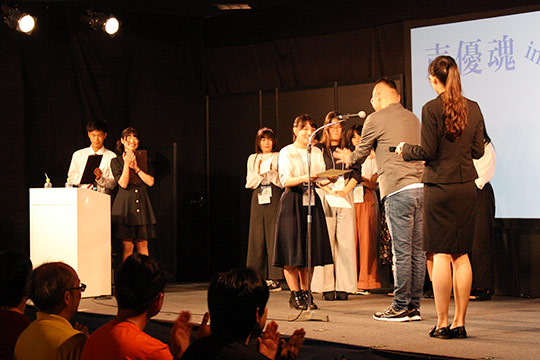 At the Seiyu Soul in KYOMAFU, those who passed the second round of judging were invited to participate in the finals of the main competition.KCG Information Processing Department IT Voice Acting Course students acted as moderators (September 16).
END_OF_DOCUMENT_TOKEN_TO_BE_REPLACED