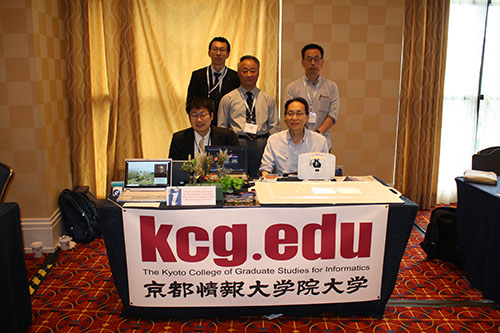 Associate Professor Koji Emi at Kyoto University of Information Sciences (KCGI) and part-time instructor KCGI and Professor Shinzo Kobayashi of Green Color Planet, May 21-24, held in Baltimore, USA At the Learning Impact Awards (LIA), a world tournament of advanced educational and research cases that were used, we presented practical examples of “Blended Learning” using wearable cameras.LIA is a global competition organized by IMS Global Learning Consortium, Inc. (IMS-GLC, established in 1997), a US organization that promotes the development, dissemination, and standardization of ICT that can be used in educational businesses worldwide. It will be held for the second time.This year, a total of 26 projects were announced by universities and companies in the United States, Japan, Singapore, Australia, and other countries that have won qualifying in various regions around the world. Professor Emi and Kobayashi ).

Prof. Emi and Kobayashi developed an efficient learning method for agricultural work using ICT, and “Practice of Blending Learning for the Next Generation of Agricultural Human Resource Development Using Wearable Cameras and Drones” (“Wearable Cameras and Drones” "Used blended learning practices for the next generation of agricultural human resource development").In this learning method, beginners of farm work receive guidance on cultivation technology know-how from veteran workers wearing wearable cameras on their heads. Project on the blackboard (Developed by Maxell Co., Ltd.) and check the cultivation procedure and know-how through video.Taking advantage of the characteristics of the electronic blackboard that can also be written on the projection board, it is possible to learn effectively and efficiently by reviewing the points of work with a skilled person, not simply watching a movie, but also by tracing the points of work with a finger. .In practice examples of strawberry cultivation, it has been reported that the cultivation technique, which normally takes three years, was learned in one year.

In the booth at the presentation site, the videos used in the training for strawberry cultivation were actually projected on an electronic blackboard and displayed so that you could also experience wearable cameras. I was asking a question.Unfortunately, KCGI missed the award in the final day selection results announcement, but it was a good opportunity to disseminate the high level of KCGI research to the world.The significance of this research was also recognized by European academic societies, and Prof. Emi presented at OCCE.2018 (Open Conference on Computers in Education), which will be held from June 24th to 28th in Linz, Austria. It's a schedule.In the curriculum of KCGI, the “Agriculture” field is set up in the “Industry field study model”, a course on agricultural IT is offered, and research on the use of ICT in this field is promoted.If you are interested in KCGI, please try to develop a new application of agricultural IT with Prof. Emi and Kobayashi. 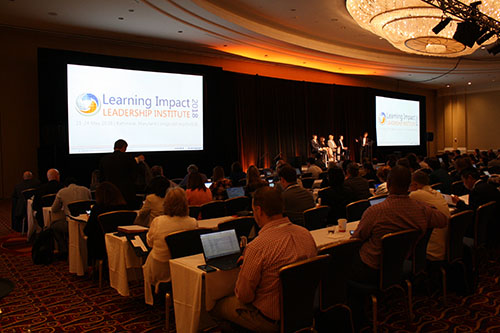 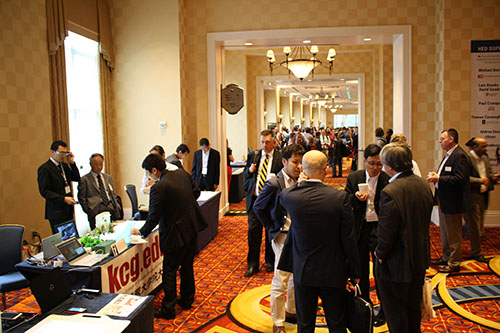 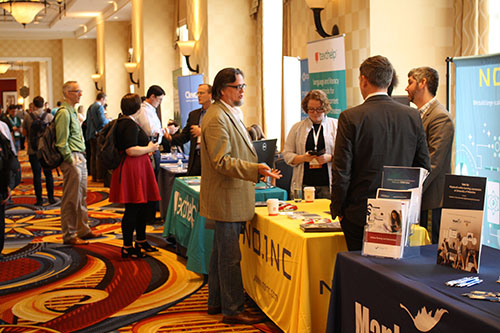 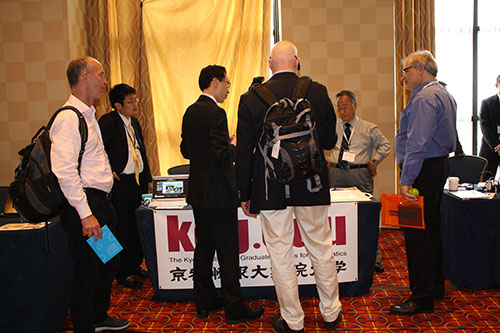 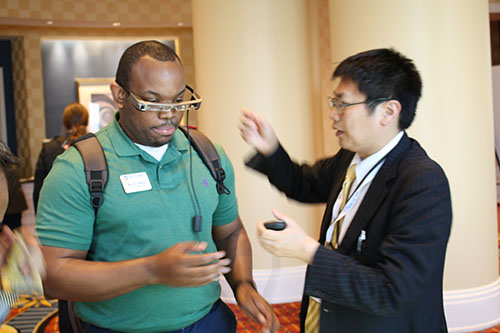 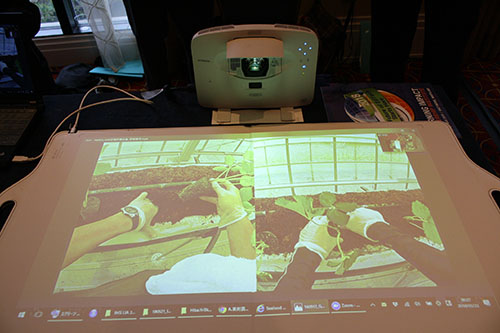 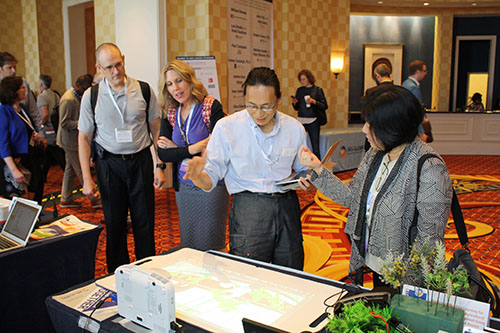 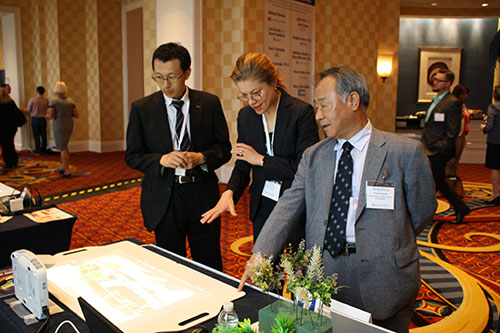