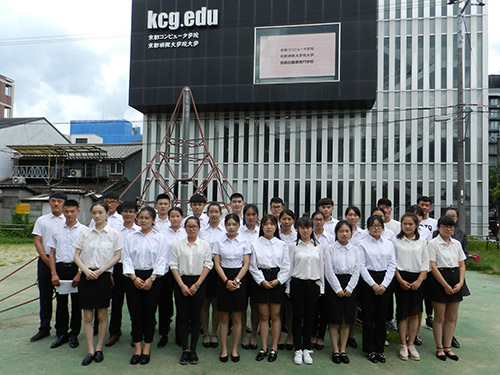 The KCGI short-term training program for 30 students from Changzhou Engineering Vocational Technical Institute in Jiangsu Province, China, which is affiliated with The Kyoto College of Graduate Studies for Informatics (KCGI), began on August 23, 2017.On the first day, there was an entrance ceremony and orientation at KCGI Kyoto Ekimae Satellite (Kyoto Computer Gakuin Kyoto Ekimae School), where the students looked forward to their 10 days of IT study and life in Japan and Kyoto.

Fifteen students each from the school's interior design and computer majors visited the training program.The entrance ceremony was held on the morning of the day, and Yoichi Terashita, Vice President and Professor of KCGI, gave the following words of encouragement: "KCGI is affiliated with many educational institutions in China and other countries around the world.In recent years, we have deepened our relationship with schools in southern China.Kyoto is the ancient capital of Japan.I hope that the training will be meaningful, not only in terms of IT studies but also in terms of experiencing Japanese culture," he said in welcoming remarks.In the afternoon, the students toured the school building, including the KCG Museum, where valuable computers from the past are on display.The students will stay in Japan until September 2, where they will attend lectures at KCGI on web and video-related technologies and visit tourist spots in Kyoto.

In September, 50 students from Dalian University of Foreign Languages in China will visit KCGI for a 3-month short-term training program. 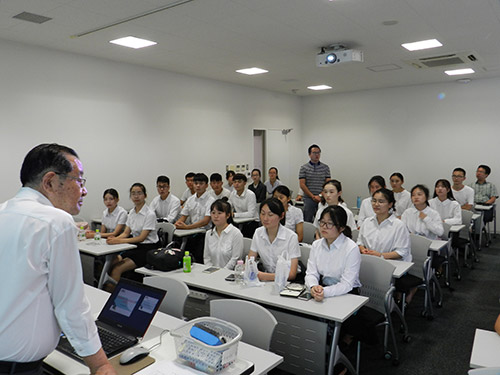 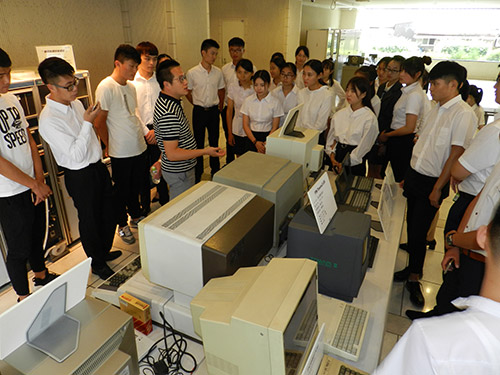 The group visited the KCG Museum to see valuable computers from the past.
END_OF_DOCUMENT_TOKEN_TO_BE_REPLACED