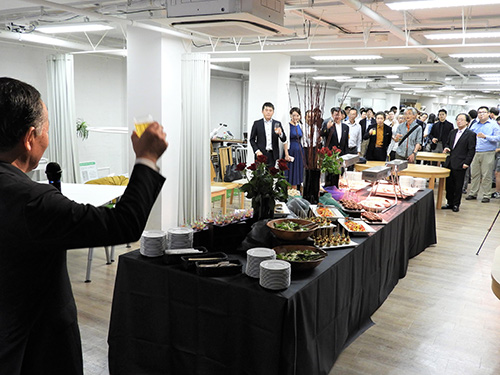 The event began with greetings from the KCG Group's Alumni Association, Associate Professor Akihiko Takeda, Secretary General of KCGI Tokyo Satellite, and a toast by KCGI Professor Harufumi Ueda, followed by a reception where alumni and alumnae enjoyed food and drinks while renewing old friendships.Long time no see!How are you?"Conversations such as "I'm going to be here soon," were heard here and there, and business-related topics were also exchanged.Dr. Tsutomu Maeda of KCG gave the final address and concluded the event with a Hail Mary.

All of the participants are active in the central IT-related departments of major companies.Some had started their own businesses and were in the process of expanding.The presence and power of the KCG Group, which boasts more than 40,000 graduates and alumni, was seen to be steadily taking root in Tokyo and the Tokyo metropolitan area.

Long time no see!"How are you?"Conversations such as "What is the best way to get to know each other? 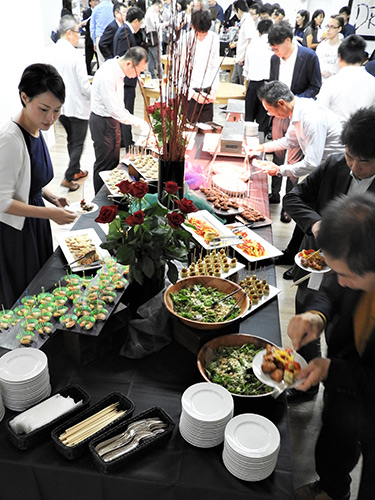 All participants are active in central IT-related departments.While enjoying food and drink, we also had a chance to talk about business-related topics.
END_OF_DOCUMENT_TOKEN_TO_BE_REPLACED