Lecture on Windows 8 on March 3

Mr. Hiroshi Ota, Embedded Developer Evangelist, Microsoft Developer & Platform Division, served as the lecturer.The latest version of Windows, Windows 8, released in 2012, has a new "Windows Store" mechanism for distributing applications to users, similar to the world of tablets and smartphones.In the lecture, he gave an overview of Windows 8 Store apps that realize a new UX and explained how to develop apps with demonstrations.The audience listened quietly and asked questions from time to time as they listened to the interesting content. 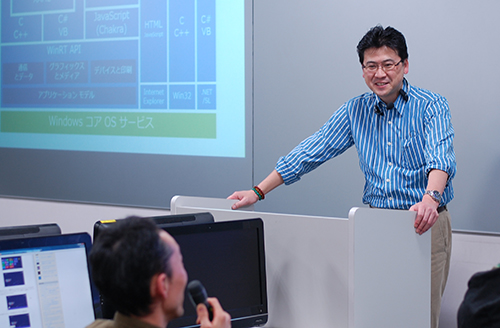