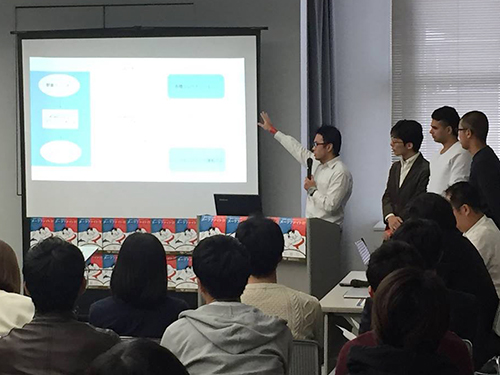 A student team centering around Mr. Atsushi Kojima and Mr. Nepal Ananda (an international student from Nepal) at The Kyoto College of Graduate Studies for Informatics (KCGI) East-West Student Ideathon Make Fight!!!"The contest was titled "Local Development Contest," and we made it to the finals.This contest is a workshop program to create a new business plan utilizing local resources in Fukui City, and the top three teams from the Kanto and Kansai regions, which are comprised of university and graduate students from all over Japan, will jointly compete in the final in Fukui City.

The KCGI team came in first in the Kansai preliminary round and advanced to the final round on October 31 as one of the three teams representing the Kansai region. The team proposed a business plan utilizing the "Ichijyoji Asakura Clan Site," which was the site of the castle town of the Asakura clan, a feudal lord of the Warring States period.Unfortunately, the KCGI team lost out to the Kanto team, but their proposal was highly evaluated, and the contest fully demonstrated KCGI's strength in the fields of business and IT. 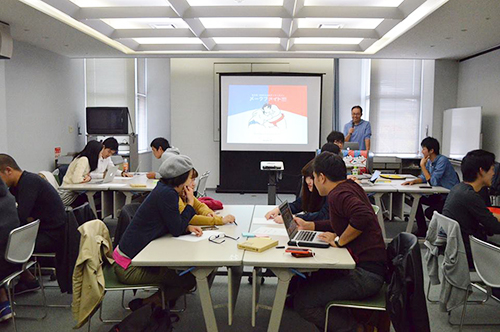 Students competed for ideas in a "make-fight!"Venue of the
(C) Fukui Attractiveness Project for the Future
END_OF_DOCUMENT_TOKEN_TO_BE_REPLACED