Hong-sub Lee, a former professor at The Kyoto College of Graduate Studies for Informatics (KCGI), was recently appointed by the Korean government as the Chairman of the Personal Information Protection Committee (Ministerial level) directly under the President's Office.The term of office runs from May 30, 2016 to May 2019.Korea, like Japan, is in urgent need of information security enhancement.The Korean government and public have high expectations for the skills of Professor Yi, who has a wealth of knowledge and experience.

Former Professor Hong-Sup Lee has left KCGI to become President of the Council of Chief Information Security Officers (CISO) of Korea.At the same time, he is a member (commissioner) of the Personal Information Protection Commission directly under the Office of the President of the Republic of Korea and a professor at Konkuk University.He was a guest of honor at the KCG Group's 50th anniversary celebration held at the Kyoto International Conference Center on June 1, 2013, where he delivered a congratulatory speech. 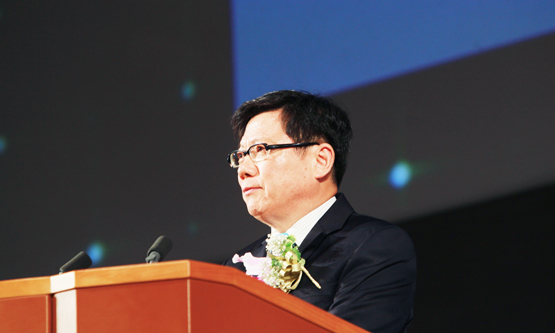