TOSBAC-1100D" became a Heritage of Information Technology.Seven aircraft types of the University 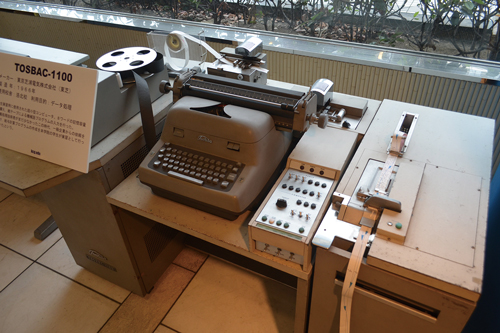 The computer “TOSBAC-1100D” manufactured by Tokyo Shibaura Electric Co., Ltd. (currently Toshiba), which is stored and exhibited by the KCG group such as The Kyoto College of Graduate Studies for Informatics (KCGI) and Kyoto Computer Gakuin (KCG) The 78th National Convention of the Society was selected by the Information Processing Society of Japan as the “Certified Equipment” of 2015 for “Information Technology Heritage” and held on March 10, 2016 at Keio University Hiyoshi Campus in Kohoku-ku, Yokohama So, Akira Hasegawa, President of Kyoto Computer Gakuin, received a certificate from Tatsuo Tomita, Chairman of the Information Processing Promotion Organization of the Society.This is the seventh system from the University, following the TOSBAC-3400 and OKITAC 4300C systems, which received the nation's first certification in fiscal 2008, the NEAC-2206 in fiscal 2010, the NEAC System 100 in fiscal 2011, the MZ-80K in fiscal 2012, and the PDP-8/I in fiscal 2014.

The TOSBAC-1100D was developed and released in 1964 and has been used by KCG Rakuhoku School for computer education since 1970.The society recognizes it as "one of the earliest office computers and a valuable piece of equipment that enabled small and medium-sized companies to reduce costs and secure their business environment by setting rental prices low enough to make it easy for them to install.

The KCG Group has preserved computers and other equipment used in education, training, and research for more than 50 years since its founding as the "KCG Archives," and has made them available to the general public.In 2008, the KCG Museum was accredited by the Information Processing Society of Japan as a "Distributed Computer Museum" for the first time in Japan.In order to pass on the technology that supported Japan's rapid economic growth to the next generation, TUAT is planning to develop the Kyoto Ekimae Campus into a "computer museum" that will be widely used as a place for research and education.

One of the TOSBAC-1100 series models developed by Tokyo Shibaura Electric Co.This series was positioned as an early office computer, with the first model introduced in June 1963 and the TOSBAC-1100D model the following year in April 1964.

It employs the so-called external program method, in which a program perforated on a paper tape is read and executed one instruction at a time, and its main internal elements are transistors, diodes, and a magnetic core.The equipment consists of a typewriter, processor, program reader (paper tape reader), data punch (paper tape punch), and data reader (paper tape/edge card reader).

The monthly rental fee was set at 77,000 yen, which was designed to be easy for small and medium-sized enterprises to adopt, and to cover the labor cost of one office worker at the time.The operating conditions were also more permissive than those of ordinary computers, with a temperature of 20±15°C, a voltage of 100±10 volts, and a frequency of 50Hz/60Hz. 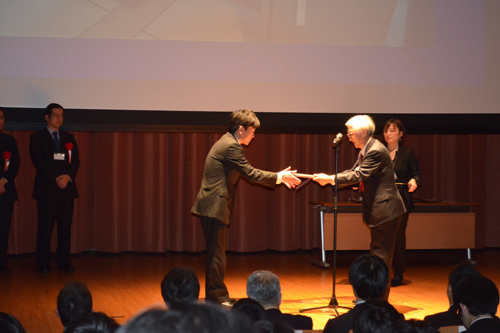 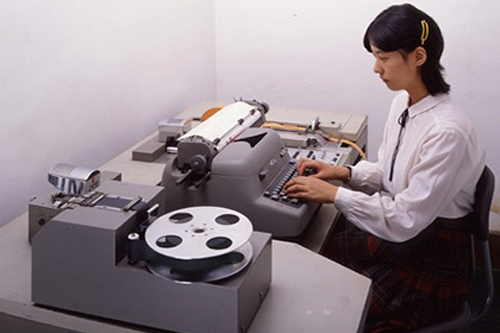