KCG Future Environment Lab held a workshop for students to practice IT in the field. 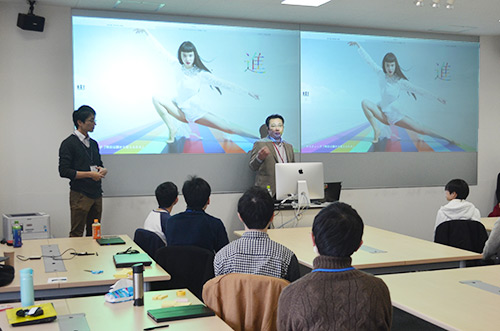 The "Future Environment Lab" established by The Kyoto College of Graduate Studies for Informatics (KCGI) and Kyoto Computer Gakuin (KCG) in collaboration with the Integrated Technology Research Institute of Nihon Unisys, a major IT services company, held an "Idea Workshop & Hackathon" on January 27 and 28, 2018 at KCGI Kyoto Ekimae Satellite and KCG Kyoto Ekimae Campus.KCG students were divided into teams and demonstrated their creativity by making full use of technology in a contest-style event in which they competed to come up with ideas and deliverables while learning the human-centered design method for practical situations that companies tend to face in the real world.Staff from the Future Environment Lab, including Nihon Unisys and KCG Group faculty and staff, provided support.

In preparation for the event, Yuko Sakamoto, an HCD-Net Certified Human-Centered Design Specialist from Nihon Unisys, gave the students an opportunity to learn about Human-Centered Design, a method of designing solutions that are user-friendly by gaining a deep understanding of users through interviews and behavioral observations.

(headquartered in Minato-ku, Tokyo), a video production company that has produced many commercials for large corporations, to play the role of the user.First, Mr. Hiromitsu Odagami, Director and General Manager of Creative Division (Director), and Mr. Yusuke Watanabe, Producer, gave an introduction of their company, and then explained to the students the flow of video production, the composition of the staff and their respective roles, and the nature of their work.

On the 27th, students formed teams of three to four members and competed in an Idea Workshop to select a winning team based on a problem and its solution idea.Each team completed their assignments in a serious but friendly manner.

The criteria for judging are: for the idea, whether the user would be happy to have this system; whether the problem is well-defined; whether the solution is futuristic; and for the implementation, whether the idea has been realized; whether the system is easy to operate; and whether the design and functions are futuristic.Another key point is the presentation of the ideas and deliverables developed by the team to the client.The students worked hard and carefully to explain their team's performance and appeal points to Hutto.The winning teams in both idea and implementation received cash prizes from Hutto.The participating students were able to experience an environment and atmosphere close to that of an IT company, and seemed to feel that they had acquired even more practical skills.

In February 2017, the KCG Group concluded an agreement on academic-academic collaboration with the General Technology Research Institute of Nihon Unisys, and the two parties jointly established the creative project "Future Environment Lab" on campus in an effort to foster the next generation of IT human resources through collaboration between industry and academia.Students, who will be the future leaders of the IT industry, will use their flexible ideas and creativity to engage in a variety of research and academic collaborations with researchers from IT companies.We plan to hold various events in the future in which many students can participate. 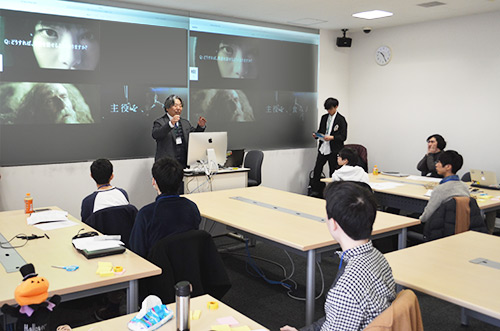 Hut, a video production company that played the role of a user, explained about the company and its work, touching on the flow of video production, the composition of the staff and their respective roles.

Ideas workshop presentation.The students worked hard and carefully to explain their team's performance and appeal points on the 27th. 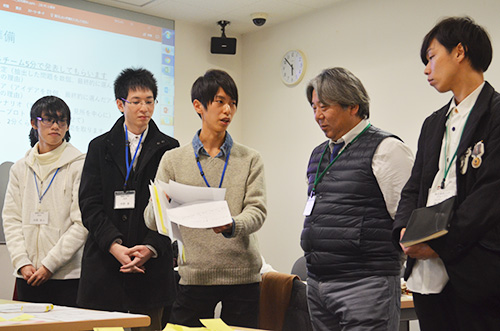 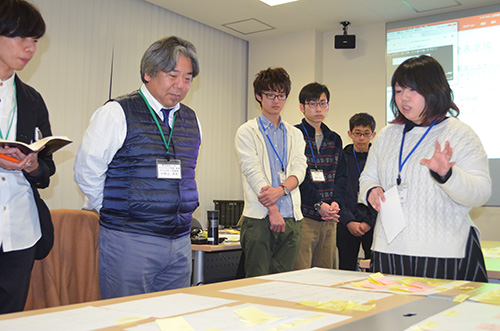 Idea workshop presentation.The students worked hard and carefully to explain their team's performance and appeal points on the 27th. 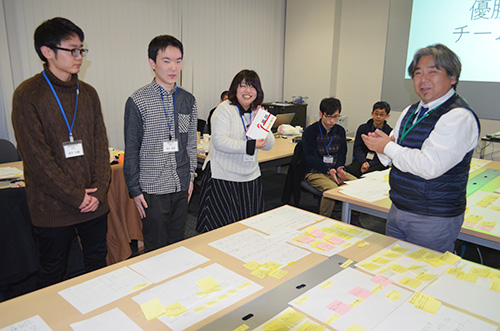 The winning team of the Idea Workshop received a cash prize from Hutto = 27th. 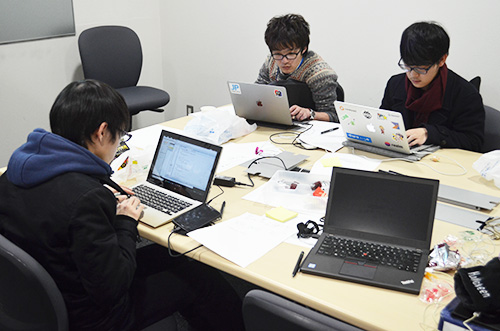 Students working on implementing their ideas at the hackathon on the 28th. 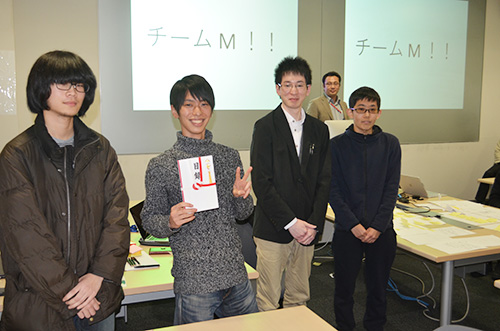 The winning team of the hackathon = 28th 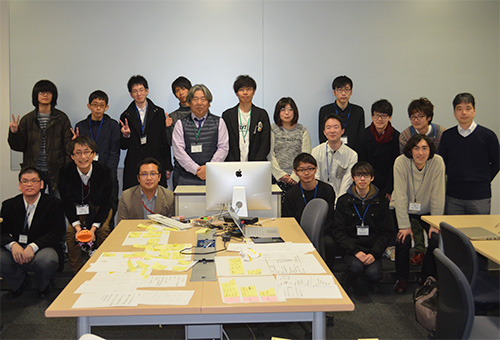 Finally, everyone took a commemorative photo.Thank you very much, Hutto.Thanks to all the students who participated in the event on the 28th.
END_OF_DOCUMENT_TOKEN_TO_BE_REPLACED