Nitza Melas (Professor, Kyoto Computer Gakuin), who is the main vocalist of the entertainment group "Cirque du Soleil", which is gaining popularity all over the world, will be presenting at Kyoto College of Graduate Studies for Informatics and Kyoto Computer from October 15th to 25th. I am in charge of the "Digital Audio Production" class for students of the academy.

The venue for the class is The Kyoto College of Graduate Studies for Informatics Kyoto Ekimae Satellite Large Hall, where sound effects are evaluated as one of the most wonderful in western Japan and classical concerts are frequently held.In addition to being a vocalist, Nizza, who is also active as a dubber for CMs and game characters, teaches vocalization while introducing that IT is being used in his own activities, and the students who took classes I happily sing in a loud voice and hone my voice.In addition, he seems to be deepening his understanding of digital processing of sound by challenging the dubbing of animation.

In April 2014, Kyoto Computer Gakuin will establish an "IT Voice Actor Course" in the Information Processing Department of the C Department (Computer Science Department) in order to develop human resources who can process digitized voice.In addition to vocalization, acting exercises, reading accents and kanji, reading comprehension exercises, narration exercises, dubbing exercises, MC exercises, etc., there are plans to establish "digital sound basic subjects" such as music and voice playback, recording, and processing. So, this time, the "IT Voice Actor Course" class was realized as soon as possible.

A singer-songwriter born in Montreal, Canada, who has fascinated audiences all over the world with his multilingual skills. Entertainment group "" that continues to perform circus and musicals in each country Cirque du Soleil One of the three main vocalists.The song that I wrote and composed was Cirque du Soleil She was the only singer in the show, and in fact, the top singer in the group.She does not belong to any record company label, and performs songs and songwriting and also does graphic design, promotion, and sales. Since 2013 she has been a professor at Kyoto Computer Gakuin and The Kyoto College of Graduate Studies for Informatics. 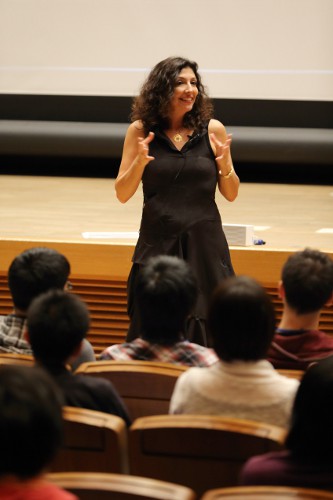 Nitza Melas, who was in charge of the "Digital Audio Production" class 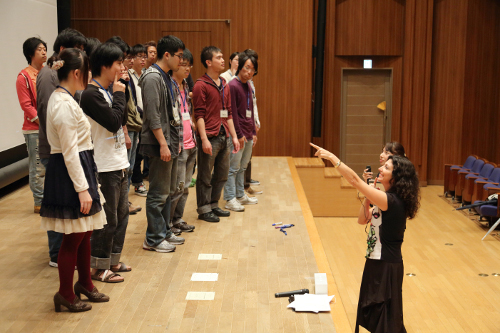 The students enjoyed the class of Mr. Nizza, who is a leading vocalist and is also active as a dubber for commercials and game characters.
END_OF_DOCUMENT_TOKEN_TO_BE_REPLACED